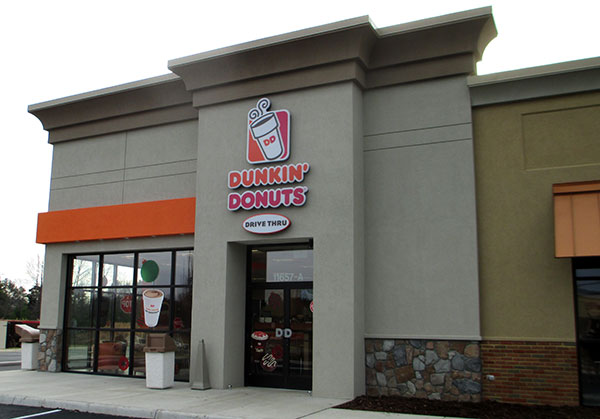 While watching other area Dunkin’ Donuts stores go dark during a prolonged legal battle, Kenny and Joan Mady were plotting their next move with the doughnut chain.

The couple’s first location, a Short Pump store at 4050 Spring Oak Drive, was one of a few Richmond area Dunkin’ stores that weren’t affected by an eight-month lawsuit between Dunkin’ corporate and another set of local franchisees.

Four of the brand’s local stores closed as the case dragged on but have since been given new life thanks to a new owner.

Kenny Mady said he and his wife invested about $400,000 to get their Ashland store up and running. They worked with BB&T for financing.

Mady said they’ve hired 22 workers for the store and that the cold months are ripe to start peddling doughnuts and coffee.

“Wintertime is a good time,” he said. “But there’s not a whole lot of seasonality. Doughnuts are a year-round thing.”

Projections for the new shop include about $14,000 in revenue per week, Mady said.

A jolt of traffic might help in hitting those numbers: The new shop is adjacent to the site of a planned 392,000-square-foot outlet mall. That project is being developed by California-based Craig Realty Group and is in its early stages.

The Richmond doughnut market has been growing in recent months. Krispy Kreme is building its second area shop at Stonebridge Shopping Center on Midlothian Turnpike.

Mady and his family bought into the Dunkin’ franchise system three years ago with the Short Pump. He has more than three decades of experience in the restaurant business, including launching stores for McDonald’s.

With territory rights to the Dunkin’ brand elsewhere in Central Virginia, further expansion could come soon.

“Our plans are to open one more by the end of next year in the Richmond area,” Mady said. They’re looking around Short Pump for a spot and have also had their sights on the Zion Crossroads area between Richmond and Charlottesville.

The couple plans to eventually hand the reins to their son, Cameron.

“The master plan is for him to come in and inherit the family business,” Mady said.

Just hope their service is better than most DD I have been in. I believe DD needs to go on the show “Undercover Boss”