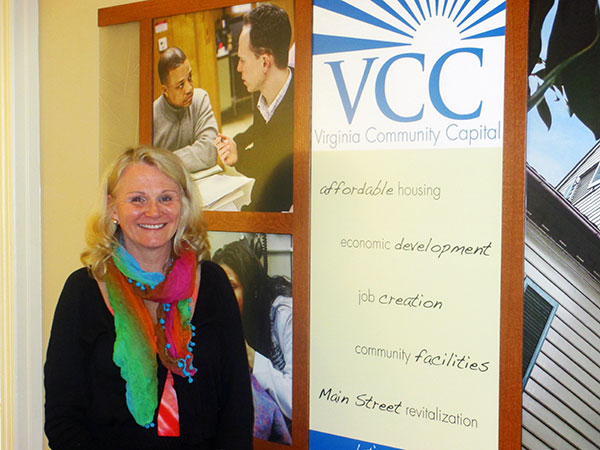 An area nonprofit with a distinctive banking business model has a new product for investors who have a taste for do-gooding.

“Impact investing is a concept taking hold throughout the country.” Lovelace said.

The purchasers of LION notes are investing in VCC, which matches the money with projects. The borrower pays back the money and interest to VCC, which then pays the investor.

The organization’s local projects include funding the expansion of an excavation company in Goochland County, the renovation of an old ice skating facility into a Riverside PACE facility in Scott’s Addition and the building of lofts on Grace Street.

Buyers of LION notes can specify the area they want their dollars to be used in, if a project is available.

“People who live in Richmond can buy a note, get a return and get their money back, while at the same time funding economic development projects in their community,” Lovelace said.

The notes are offered through private placement and to accredited investors only. An accredited investor is someone with a net worth of more than $1 million or who has an annual income in excess of $200,000, Lovelace said, or could be a trust or a group. The loan is an unsecured debt.

Founded in 2005, VCC has $100 million in assets but no shareholders, Lovelace said.

VCC boasts a low default rate on its loans because it counsels its borrowers as part of its mission, she said. This year, for example, it doled out $73 million in loans without a single borrower defaulting.

In addition to its office in downtown Richmond, VCC keeps its home base in Christiansburg and an office in Northern Virginia.

Very proud to be part of this organization and their mission to help build wealth in underserved VA communities!