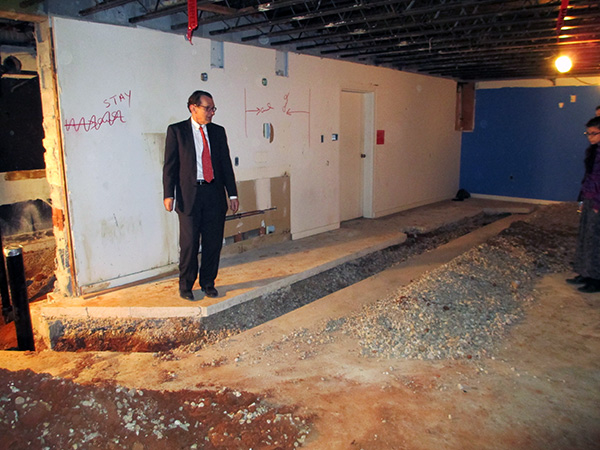 Bill Martin shows visitors an area that will be part of an education center. (Photos by Burl Rolett)

The gutting of a Richmond museum is well underway and on public display.

The Valentine Richmond History Center on Clay Street is in the midst of a roughly $4 million renovation and has hosted weekly “Hard Hat Happy Hours” to give visitors a peek at the project’s progress. 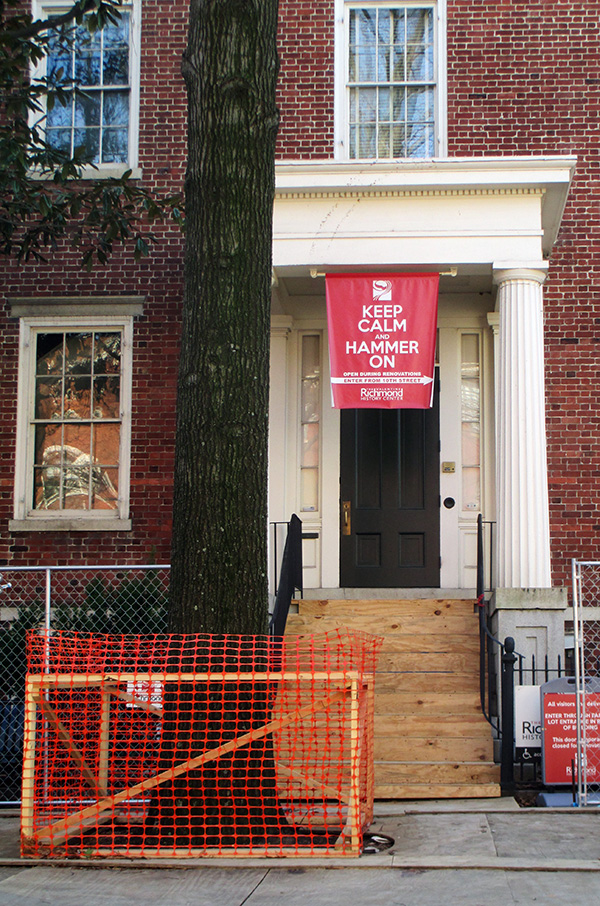 The “ripping” has been the focus since work began in November on the 50,000-square-foot museum. The Valentine Center has about a month of demolition left before rebuilding will begin. Plans call for construction to be completed this summer, when exhibit designers will begin refilling the renovated museum space with a target reopening date in October.

Donor engagement was the initial goal of the weekly happy hours, but the program is open to the public and has attracted between 30 and 40 people each month.

“It’s the city’s museum, and we want anyone who wants to see it to feel like they can come and see it,” said museum development director Ty Toepke.

The renovation, which qualifies for historic tax credits, is being funded entirely by private donations. The Valentine Center is raising about $8.5 million for the project and has about $5.3 million in the bank, Toepke said.

About $4 million will cover the renovations, and rest will fund educational programs and an endowment to keep the building running. The museum’s operating budget usually runs between $1.5 million and $1.8 million per year.

The final product will include a permanent exhibit titled “This is Richmond, Virginia” and sponsored by Altria, as well as other rotating exhibits. 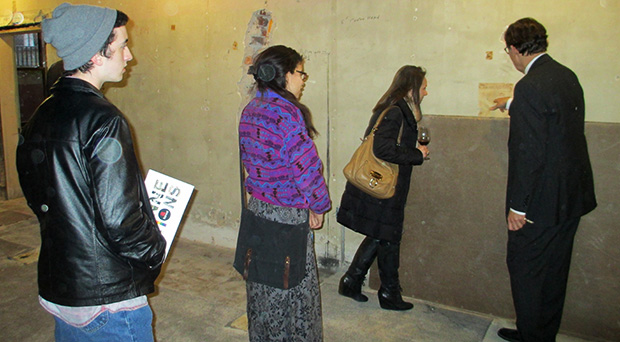 Martin points out a guide to a 1930s exhibit found during demolition.