A local developer and nonprofit are helping bring a Jackson Ward eyesore back to life.

Clark Glavé and Scott Tyler of MacTyler Development Corp. are working with Historic Richmond to rehabilitate 617 St. Peter St., a house built in 1900 that has sat vacant for years.

Historic Richmond, a nonprofit that works to help preserve aging structures in the city, bought the home in February for $17,000. The nonprofit group then sold it to MacTyler for the same price and floated the firm a low-rate construction loan to facilitate the renovations. 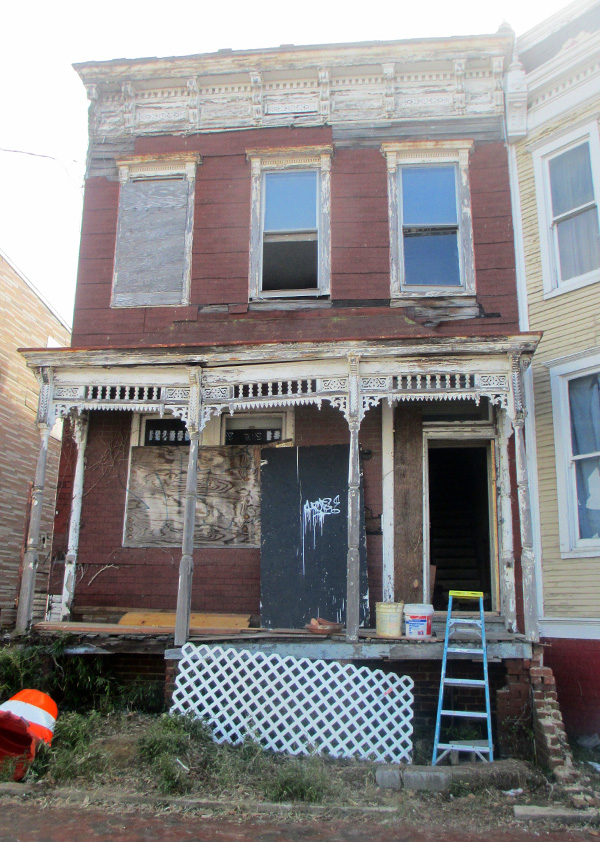 The house at 617 St. Peter St. (Photos by Brandy Brubaker)

The deal enabled the rehabilitation of a property that might otherwise have been demolished.

“It was worth saving,” Glavé said.

Historic Richmond typically focuses on advocating for historic structures. But in this case, said Leslie Naranjo, the organization’s director of preservation services, buying and quickly reselling the property for rehab was the best solution to improve the surrounding streetscape. That stretch of Jackson Ward will soon see the restoration of Leigh Street Armory to make way for the new home of the Black History Museum and Cultural Center of Virginia.

Glavé said that banks often don’t give loans for projects like these because there is too much involved in the work.

“No developer in his right mind would do this deal,” he said. “The only way it happens is when a nonprofit like Historic Richmond steps up and says, ‘We have to do this.’”

Masking the beauty of 617 St. Peter St. are years of neglect and dilapidation. At some point, a chimney collapsed, crashing down in large mounds of bricks and debris. Floor boards creak, paint is peeling and some of the windows are boarded up. There is broken glass and trash throughout. Everything is covered in dust.

Ornate details are still evident, though, such as handcrafted Victorian-era trim around the porch and intricate fireplaces and woodwork on the staircase.

MacTyler hopes to flip the house once they get the bones of it back in shape. They’ll likely sell it to a homeowner who can finish the renovations the way they want to.

Glavé hopes to sell it for $175,000 and anticipates putting $125,000 into the work. His company, Ark Construction & Development Corp., is the general contractor. 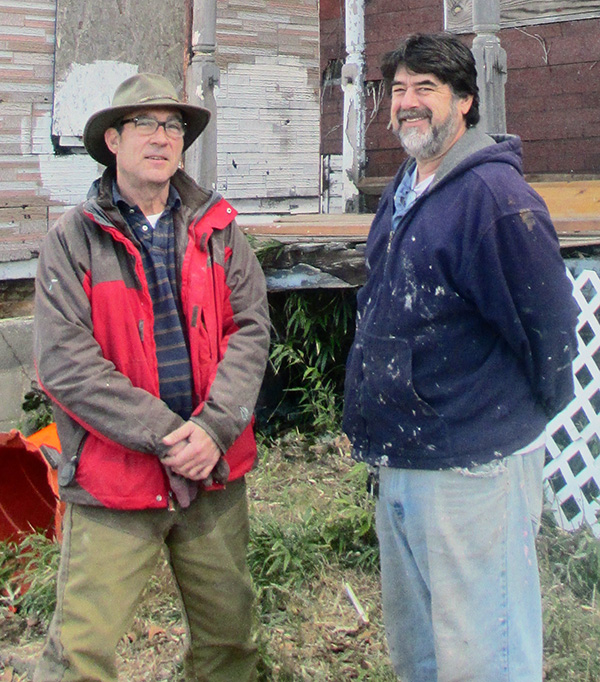 “I made a career out of buying the worst-looking house on the block,” he said.

MacTyler recently finished renovating the Meredith House, an 1813 structure just down the block at 133 W. Jackson St. through a similar collaboration with Historic Richmond. Decades ago, Glavé said, he renovated the house that adjoins 617 St. Peter St.

Historic Richmond’s most recent financial report from 2011 listed revenue of $861,958, expenses of $743,935 and net assets of almost $9.6 million, according to Guidestar.org. The nonprofit is largely funded by donations, Historic Richmond said.