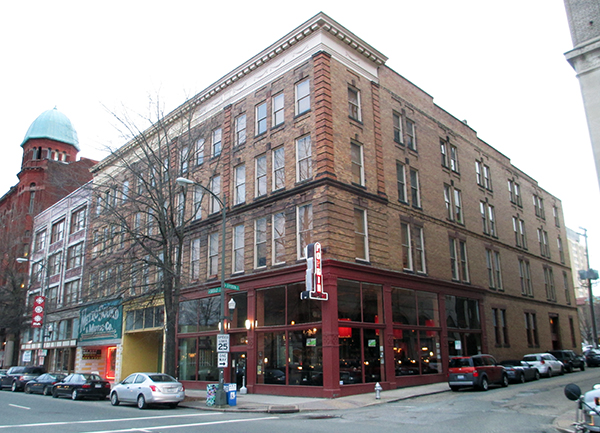 Graffiato is coming this spring to 123 W. Broad St. (Photos by Michael Thompson)

A downtown Broad Street restaurant will close this week to make way for a Washington restaurateur’s first venture into Richmond.

The 6,700-square-foot space is currently home to Popkin Tavern, which will have its last day of business Feb. 15. Isabella signed a 10-year lease for the property.

Isabella owns three restaurants in Washington, including the original Graffiato, and one in New Jersey. He has another in the works for Northern Virginia.

“I really wanted to reach outside the market but stay close to Washington,” Isabella said. “I always like to get in an up-and-coming area.”

Isabella would not say how much he plans to spend to enter the ever-growing Richmond restaurant scene. He said he is backed by investors and that Travis Croxton, owner of Rappahannock at 320 E. Grace St., is a partner in the venture. 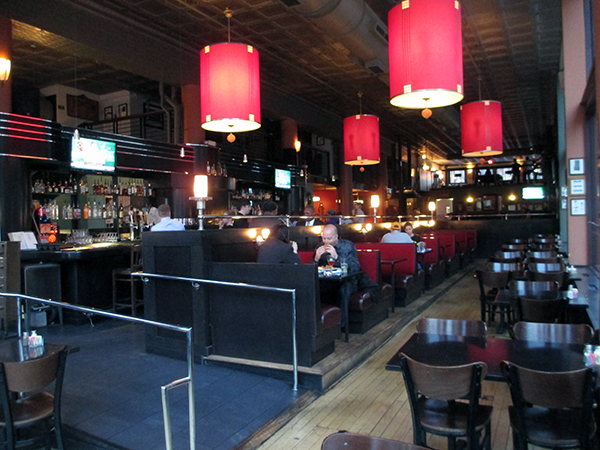 Inside Popkin Tavern, which is set to close Saturday.

When it opens, Graffiato won’t lack for competition. Within view of its doorstep are Comfort, Tarrant’s and Bistro 27, three restaurants that were among the first to test the waters of that stretch of Broad Street.

Other recent entrants into the market include Pomegranate, the Rogue Gentlemen and Pane e Vino, which opened in January. Lucy’s opened in Jackson Ward in December.

But Isabella is no stranger to competition. He appeared on Season 6 of “Top Chef,” a cooking competition show, and was the runner-up on “Top Chef All-Stars.”

He plans renovate the interior of the space, which was built in 1915. Isabella plans to install a wood-burning oven, and he’ll have Prosecco on tap.

“Graffiato is my first restaurant. All of the pieces of the puzzle are in place,” Isabella said of his decision to expand the brand. “Who’s going to turn down awesome fresh-made pasta or wood-fired pizza?”

He said the term “graffiato” is an Italian word for “scratch,” which refers to a form of graffiti.

Jerry Soble bought 123 W. Broad St. in 1967 and ran Popkin Furniture there until 2004. His son, Steve Soble, eventually joined his father’s efforts to develop the mixed-use property. They opened Popkin Tavern in 2006 on the ground floor below a few stories of apartments.

“They approached us. They really like the building,” Steve Soble said of the team behind Graffiato. “Our business – while it was growing, it was time to make a change, and they made us a really nice offer.”

Soble continues to own the building, which has 18 apartments.

Isabella’s planned entrance into the market was first reported by Richmond Magazine.