With a decade’s worth of ticket fees in the bank, Richmond International Airport is ready to send more than $60 million in construction projects out to bid. 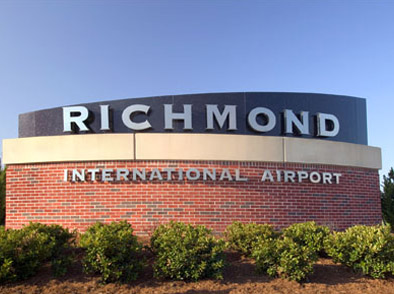 RIC has plans for a new $30 million taxiway, a $12 million snow removal building and a new $20 million road that will run through the airport, connecting Williamsburg and Beulah roads. The projects are in the design phase and will be open for bidding in the next 90 days.

This construction phase, which is expected to end near early 2016, comes on the tails of a $20 million runway rehab and the addition of a 16-acre concrete apron near the airport’s Concourse A, projects that were both funded through Federal Aviation Administration grants.

“It really ends a very, very long construction process where almost every element of the airport is new or refreshed,” president and chief executive Jon Mathiasen said. “It puts us in a very unique, good position as far as facilities go.”

The forthcoming renovations have been funded by a $4.50 fee tacked on to every passenger’s ticket for about the past 12 years. The fee, which was put in place to cover such facilities projects, will also cover a pair of smaller upgrades at the airport’s north cargo apron and its general aviation apron. Those will cost about $800,000 total.

An increase in travelers at $4.50 per ticket allowed the airport to take on these projects without taking on any new debt to cover the costs.

“This has been in place for numerous years, but, with the advent of low-cost carriers, our boardings went up significantly more than we had anticipated,” Mathiasen said. “So they were able to create some more projects without having to go out and get new financing.”

Renovation at the 2,500-acre airport’s Taxiway M or “Old Mike,” as Mathiasen called it, is the largest of the upcoming projects. The $30 million investment will bring the taxiway, which was built to service the former Air National Guard base at RIC, in line with FAA regulations for the larger, heavier passenger planes.

Improving Taxiway M will help RIC handle unscheduled traffic, as Mathiasen said the airport often serves as a landing point for planes diverted from larger airports in the region because of weather or other problems.

These improvements at RIC are based on true users fees. Personally, I don’t mind paying the fees when I can see the direct results, and the users are the beneficiaries.

This article should have mentioned the minimum $2 million per year that RIC receives from the Commonwealth Transportation Trust Fund for capital improvements. I believe that fund is made up of auto fuel, state sales, vehicle sales and vehicle registration taxes.