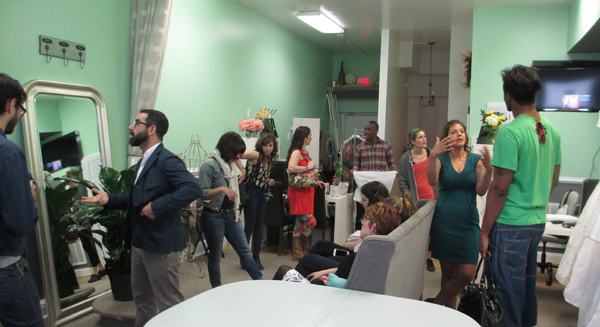 A new retailer has sprouted in Church Hill.

Urban Set Bride opened March 2 at 602 N. 29th St. The business hosted a reception and block party to mark the opening of its 725-square-foot bridal boutique that owner Christine Haines has described as “a safe haven for hip brides” looking for atypical wedding attire.

Haines said it took about $50,000 to open the store. The funding came from  her and her parents, Tom and Jennifer Haines. The business had sought financing through an SBA loan but could not secure a deal.

“A lot of creative personal funding got us going,” Jennifer Haines said. “I think we falsely assumed that getting into business, it would be easy to get funding.” 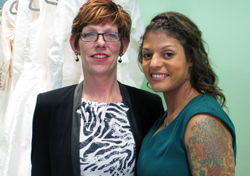 Urban Set is getting some help in the form of a $5,000 grant from Bon Secours’ Supporting East End Entrepreneur Development (SEED). The Haineses’ shop was one of nine East End startups that got a share of $50,000 in funding from the Richmond health care giant in November.

Over the course of the opening, Urban Set lined up 20 appointments for bridal and bridesmaids fittings.

King of Pops, a mobile Popsicle peddler, and Mosaic Catering were on hand to help introduce the shop to the neighborhood.

Christine Haines said she frequently works with Mosaic for the weddings she plans as part of her other business, Wood Grain and Lace Events. Chocolates by Kelly, which is gearing up to open its own second location at 600 N. 29th St. – right next door – provided chocolates for the opening.

Urban Set has a one-year-lease for its new spot, joining a slew of other businesses cropping up in Church Hill.

Jennifer Haines suggested another Urban Set may be in the works, fueled in part by changes that are likely to be seen in Virginia’s same-sex marriage laws.

“We’ll need to expand…we need to add an Urban Set Groom,” she said.