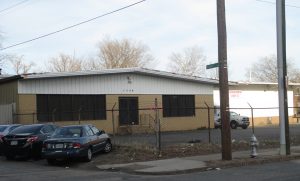 The Carver property that will eventually house the new practice facility. (photo by Burl Rolett)

Virginia Commonwealth University has settled on a spot – and a price tag — for its new basketball practice facility.

VCU unveiled plans Monday for a $25 million, two-gym basketball practice facility to be built on a 1.1-acre plot on West Marshall Street in the Carver neighborhood.

The announcement comes more than two years after the school first approved the project as a $14.5 million, single-gym building.

Private donations will cover $14.5 million of the total costs for the new plan, with the other $10.5 million coming from fees the school collects from students, said VCU Executive Associate Athletic Director Glenn Hofmann.

No state funds will be used for the project. VCU’s student fees will not go up to pay for the new facility, the school said. Student fees made up about 73 percent of athletic program revenues for 2012, according to the Equity in Athletics Disclosure Act report from the NCAA. VCU’s per-student, nonacademic related fees were $2,042 per student for the 2013-14 school year, according to the State Council for Higher Education of Virginia. Of that per student total, $697 is marked for athletics.

“We aren’t using any new university fees for this project,” Hofmann said. “Any university fee revenue that we are getting currently we are reallocating to some extent to the practice facility.”

The push for a new practice facility drew a $3 million donation from MeadWestvaco in February 2013. That was the largest donation in VCU athletics history until Health Diagnostic Laboratories gave the department $4 million about a week later.

Lumber Liquidators signed on late last year to provide cash and hardwood floors for the project in an agreement that could total $1 million, depending on how much wood the Rams need for the new building.

Hofmann said the school considered several locations and variations on the plan before settling on its final concept – a 60,000-square-foot, two-story building on two parcels at 1300 W. Marshall St. and 1328 W. Marshall St. It had also considered a parking lot next to the Siegel Center as a potential site. 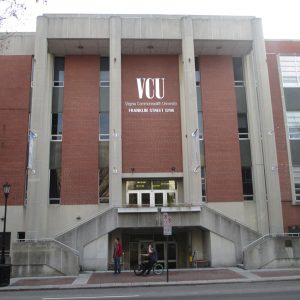 The Franklin Street Gym is currently used by the school for basketball practice.

The project marks the first move north into Carver for VCU’s downtown campus. The school has an agreement with the Carver Area Civic Improvement League to stay south of Marshall Street unless CACIL invites VCU into the neighborhood.

Provisions of the Carver Neighborhood Plan and a shortage of land in the area make the plot one of only a few pieces of land the school can lay claim to in the neighborhood, Carver Area Civic Improvement League President Margaret Rush said.

“The community has come up with a plan that has been vetted and voted on by city council, and really there aren’t too many more vacant lots that VCU would have access to,” she said.

Carver, which takes up less than one square mile stretching from the back of the Siegel Center to Interstate 95, also saw a major VCU-centric private development two years ago when developer Gilbane began building its 1200 West Marshall apartments. Those apartments added 400 beds to the neighborhood.

In 2011, Gilbane also submitted plans to build a similar-size project at the site VCU has now chosen for the practice facility site. VCU plans to purchase the land from current owners Virginia Automotive Service Cooperative and Maryland-based Thacker Caskets.

Rush said that CACIL approved VCU’s basketball facility by a 17-1 vote. She said the project could be a great benefit to the neighborhood’s major eastward corridor and the decision allowed the community to play a little defense at the 1.1-acre site.

“We know that they [the landowners] want to sell,” she said “This is a very positive thing for the community to have here as opposed to some of the other things that could come in.”

VCU has put the project out to bid and will award it to a lead contractor this month.