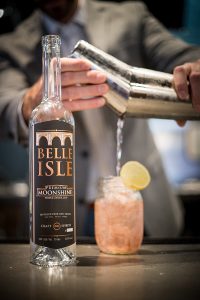 A local liquor startup has found a home for its stills.

Belle Isle Craft Spirits, makers of Belle Isle Moonshine, leased 7,000 square feet at 615 Maury St. in Manchester. The move will bring the company’s distilling operations to its hometown and give it a better chance to get its product to customers around the state.

Co-founders Brian Marks, Alex Wotring and Vincent Riggi had targeted Manchester from the company’s beginning to be near its island namesake, where Belle Isle Manufacturing began producing liquor stills during the 19th century.

“With our rich history of moonshine on Belle Isle, our whole vision has always been to help tell the story of the birthplace of premium moonshine and have a venue that expects visitors to tour and enjoy,” Marks said.

Belle Isle Craft Spirits got the keys to the Maury Street property last week after a search around the Southside neighborhood. Marks said they almost landed in the Southern States silo complex just east of Hull Street, before a zoning change on the property that didn’t fit the business squashed the deal. Cushman & Wakefield | Thalhimer broker Isaac DeRegibus handled lease negotiations on behalf of Belle Isle Craft Spirits.

The startup planned to distill its liquor in Richmond from the brand’s inception. But Belle Isle temporarily enlisted Chicago-based Koval Distillery to produce its moonshine while it searched for a Richmond location.

Marks said the company’s distilling equipment should be arriving shortly. From there they’ll need to earn approval from Virginia Alcoholic Beverage Control, and the federal Alcohol and Tobacco Tax and Trade Bureau to begin distilling on Maury Street

Currently Belle Isle Moonshine is available by request at Virginia ABC stores but is only kept on stock at a small number of stores.

“We’re hyper-focused on Virginia, the huge growth opportunity for us is getting on ABC shelves,” Marks said. “From a consumer standpoint, they have access right now, but they have to go in and special order it and it takes a week or two so it really hurts our sales.”

Bringing production home to Richmond, however, could get the product to Virginia ABC stores more quickly than they could have managed with an out-of-town distiller.

Virginia ABC has volume and sales benchmarks that products must hit to make and stay on store shelves statewide. A distiller from out of state, as Belle Isle is currently classified, must be able to produce enough supply to stock at least 100 stores.

ABC doesn’t keep products it can’t make money on in its stores, either. All non-wine spirits must earn a $20,000 margin on sales over the course of the year to hold on to their shelf space.

The bar isn’t so high for Virginia-produced products, however. In-state companies can get their products into ABC stores with less volume and are only required to earn ABC a $10,000 yearly margin. 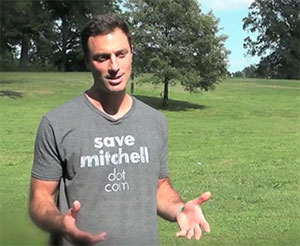 Belle Isle is also on hand at several bars in Richmond and has already began to move beyond the city. Marks said the liquor is available at bars in Charlottesville and Northern Virginia. It’s also working to be picked up by bars in Williamsburg and farther east.

Belle Isle is one of two distilleries currently in the startup phase within the city limits. James River Distillery is setting up shop in the former Cirrus Vodka building near the Diamond. Scott’s Addition-based whiskey brand Reservoir, meanwhile, has been up and running since 2010.

Once the Belle Isle distillery is operational in Manchester, the company would have the option of opening a tasting room and selling sealed bottles of their moonshine with a license from the ABC. Bowman’s distillery in Fredericksburg, for example, sells bottles of its own whiskey on-site, ABC spokeswoman Carol Mawyer said. Current ABC laws do not allow distilleries to sell individual servings of their products either by the glass or in cocktails on-site.

Brewers faced a similar challenge before the 2012 passage of Senate Bill 604, which allowed breweries to sell pints on-site. The law is credited as one of the driving forces behind the brewery boom.

Marks said Belle Isle is working with peers around the state on a push to try to get some of the state’s distillery restrictions loosened in hopes of eventually using the Maury Street distillery for events.

“Long term, we hope to have a larger venue with event space and be able to use the parking lot and have food trucks and events there,” he said.