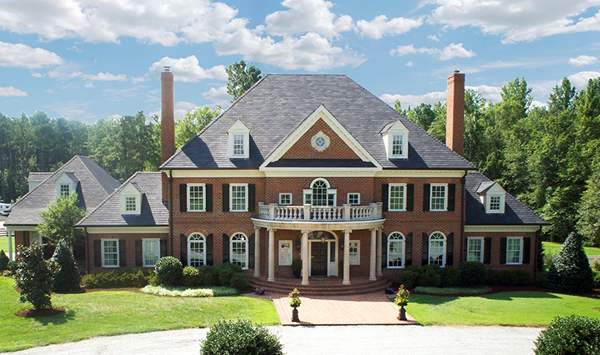 This 6,200-square-foot home on Cross Corner Road in Ashland is part of an equestrian estate Hank Wilton’s new home. (Photo courtesy of JohnMartinHome.com)

One well-known Richmond family accounted for two of the three largest residential real estate deals in the region in March.

Developer Hank Wilton and his wife, Cindy, sold “Farvue,” their 26-acre, 10,000-square-foot riverfront property in Goochland County for $3.45 million. That was the biggest single residential sale in the Richmond market last month. 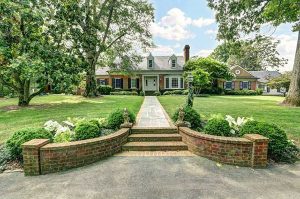 A view of Farvue’s entryway. (photos by John Hancock Photography)

The Wiltons then purchased their new home, a 6,200-square-foot home on 18 acres in Ashland for $1.3 million, the third-highest-priced sale for the month.

And those weren’t the only big money home sales in March, according to the Central Virginia Regional Multiple Listing Service.

The Wiltons’ new home, an equestrian estate at 11205 Cross Corner Road in Ashland, has six bedrooms and 5 ½ bathrooms, according to its listing. The brick Georgian revival-style house was built in 2003.

Catie Wilton, a Long and Foster associate broker and the Wiltons’ daughter-in-law, represented them in both deals.

“They were just trying to downsize to something more manageable,” she said.

She said the Ashland house is newer and will require less upkeep, something the family was looking for. Farvue, on the other hand, was built in 1956 and has a pool, tennis court, party barn, six-bay car barn and guesthouse, among other amenities.

John Martin, a managing broker of Long and Foster’s Strawberry Street office, said the Ashland estate had been on the market since the fall.

The property was formerly owned by Robert L. Carlisle, according to county records.

Bower’s Monacan Farm listing – at 1000 Huguenot Trail in Powhatan County – had been on the market since late 2012. He listed the additional 400-some contiguous acres in late 2013. Bower represented both sellers and the buyer in the transaction. 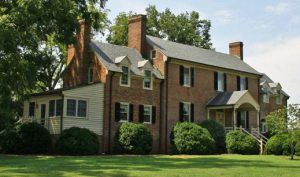 Part of Monacan Farm was built in 1729. (Photo courtesy of Richard Bower)

The original part of the home was built in 1729 by Peter Chastain, a Huguenot who settled in the area after leaving France in search of religious freedom, according to a history of the property.

The house was added on to in the 1830s and 1950s, Bower said. Its property includes barns, silos and four cottages. The house, which has been renovated, is 6,242 square feet, not including a 2,865-square-foot basement, according to the listing.

Bower said the local family that purchased the properties didn’t want to identify itself, and county records do not yet reflect the change in ownership.

“They bought it because they appreciated the location of the property and the amenities it offers in terms of equestrian activities, river access, hunting and its rich history,” Bower said.

The house had been owned by Peggy and Lee Martin Jr. since 2003, according to county records. The adjoining parcel was owned by the sons of former Monacan Farm owners, Rebecca and Collins Denny Jr., Bower said.

The combined properties amass 645 acres and run from the Huguenot Trail to the James River.