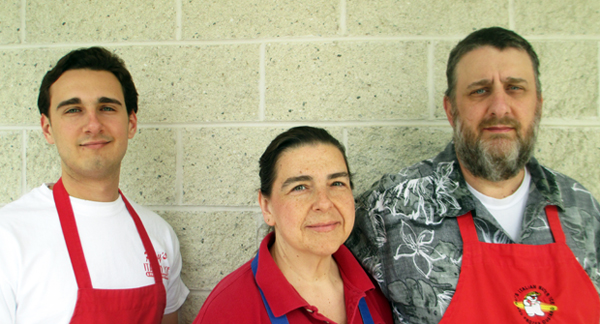 The Lambs: Zach, Paulette and Rob (Photo by Michael Thompson)

Two years after leasing a storefront in a popular mixed-used development in Short Pump, a local family-owned dessert business is ready to dish out the new location.

The new store will give owners Paulette and Rob Lamb, and their son Zach, two locations within three miles of each other around the Short Pump market. It also puts them within a mile of some competition: a Sweet Frog at 11301 W. Broad St. and a Frostings Bake Shop at 11331 W. Broad St. 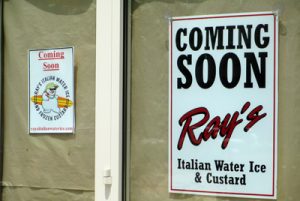 The Lambs opened their first Ray’s in 2005 at 3039 Lauderdale Drive, not far from Short Pump Town Center. In 2007, they opened a location to the east at the Westland Shopping Center.

Then, in 2012, the West Broad Village spot became available and the Lambs felt it was too good to pass up.

“I like the concept of the neighborhood: the mixed use, the residents and the convenience of everything,” Paulette Lamb said.

They signed the lease that year, unsure of whether it would serve as a third Ray’s location or whether they’d consolidate one of the other shops. They ultimately chose to close the Westland location later that year.

As for the two years that have passed, Paulette Lamb said getting permits and the impact of nearby construction slowed the development of the Ray’s at West Broad Village.

Ray’s is a seasonal business, opening its stores only from March 1 through the second Sunday in December to serve its Philadelphia-style flavored ice and frozen custard.

Ray’s customers order at a walk-up window, and Lamb said that new parks and benches being installed nearby in West Broad Village should help draw more customers.