In case you missed it, the Richmond Ad Club handed out more than 70 cannonballs at The Richmond Show, its annual advertising awards ceremony, May 2. Here’s a link to BizSense’s write-up of the event and a complete list of winners:

Greg Zuercher joined ND&P as an account supervisor. He had been with Siddall Communications and The Martin Agency. 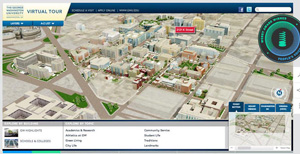 Lythos Studios has been retained for marketing and advertising services for Zeus Gallery Café.

In addition, TKA won Best of Show, industry self-promotion, for a mailer at the 2014 Summit Creative Awards. They also received gold, silver and bronze awards for print ads for Martha Jefferson Hospital and a bronze award for email marketing for Stratford Hall Plantation.

Here’s a behind-the-scenes look at the making of the ad.

Create Digital has moved to 1015 Technology Park Dr. in Glen Allen. Shannon Farrell joined Create Digital as a designer. She previously worked at GetAuto and has a bachelor’s degree from the New York Institute of Technology. Kent Jennings

Brockwell, previously at Capital One, joined as a copywriter. Sara Ferrara was hired as an account supervisor. She was previously at Carousel360 and has a finance degree from James Madison University.

Madison+Main will produce a national public service announcement for Lightning Safety Awareness Week on behalf of the Lightning Protection Institute. The firm launched a new product video for Pro Safe Lift. They added Techport Thirteen and Riverside Turf as new clients and launched an experiential marketing campaign for Virginia Women’s Center. Also, Sammy Yatco has been promoted to account manager.

Big River hired Daniel Riddick as an account director and Christina Dick as a senior content strategist. Riddick, who had been with Arnold Worldwide in New York City, has a master’s degree from VCU Brandcenter. Dick, who has a degree from VCU, had been at Capital One. 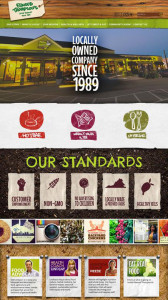