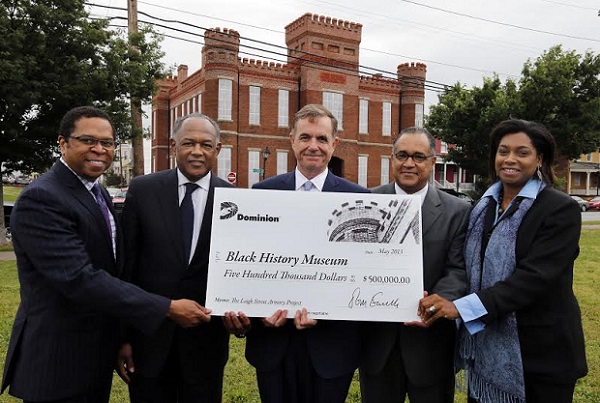 From millions in cash to pro-bono services to 300,000 pounds of frozen meat, Richmond companies gave back a little bit of everything last year.

Nonprofits that benefitted from the corporate generosity included FeedMore, the Black History Museum and Cultural Center, American Heart Association, Metropolitan Richmond Sports Backers, YMCA and YWCA, among many others.

With so much money cycling through and so many charitable causes, some companies rely on a defined strategy to help set parameters for their giving.

Altria topped the Generosity Inc. list with nearly $12 million locally in 2013 and contributed a total of $46 million nationally, according to figures provided by the company. 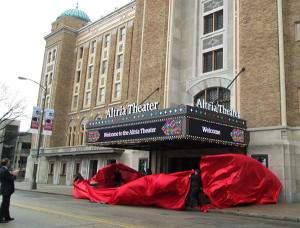 Altria focuses its corporate giving on three main areas: helping the environment, supporting arts and culture, and its Success360° initiative that, among other issues, tackles prevention of underage tobacco use.

One of the more visible signs of Altria’s giving around town is the renovation of the Landmark, now called Altria Theater. The company has committed $10 million to the project.

Agee said it can be difficult deciding which causes to fund, and that’s why having a defined giving strategy helps.

“Rarely do I get a call about funding things that isn’t a good cause,” he said.

Dominion Resources, second on the Generosity Inc. list, also uses a strategy to steer its corporate giving. The utility powerhouse donated $6.2 million locally in 2013 and $19.4 million nationally, according to information provided for Generosity Inc.

Dominion’s biggest local donation in 2013 was a $500,000 contribution to the Black History Museum and Cultural Center for its plan to turn the historic Leigh Street armory into a new museum.

Scott Golden, the insurer’s director of corporate communications and community relations, said the company gets an unimaginable number of donation requests.

“We’re a healthcare company, and one of our goals is to improve the lives of the people we serve, so we look to health-related causes,” Golden said.

Golden said Anthem tries to focus its giving in areas where they can make the most difference, but they also like to be open-minded when approached with new ideas.

“We try to support as many as we can,” he said. “Virginia is blessed with a wide range of wonderful community events that support health and wellness. Unfortunately, we can’t support them all.” 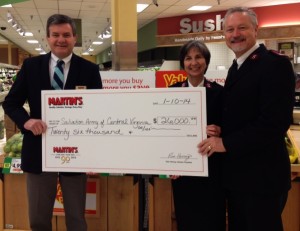 Coming in fourth in Generosity Inc. was Martin’s Food Market.

Chris Brand, the grocer’s public and community relations manager, said Martin’s focuses its giving on eradicating hunger and improving the quality of life for children in its store location markets.

“Since we are living and working in the community, it’s important to give to that community,” Brand said.

In Richmond, Martin’s supports FeedMore by freezing fresh meat near its expiration date so the meat can be used for local food programs. Last year, it donated 294,878 pounds of meat.

Brand said Martin’s relies on employees at local stores to identify giving opportunities in their communities.

“We view our more than 31,000 associates as the best ambassadors to the many communities we serve,” he said.

Brand said Martin’s has also carried on giving established by the former Ukrop’s grocery chain by supporting causes like the Christmas Mother program and the Richmond SPCA. Ahold bought Ukrop’s 25 local stores in 2010 and turned them into Martin’s. 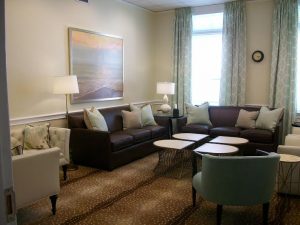 A donation from Ruth & Ollie paid for the redecoration of the YWCA waiting room. Courtesy of Ruth & Ollie.

Farhad Aghdami, Virginia regional market head at Williams Mullen, said they typically support causes that their partners are involved in.

Smaller companies have their own ways of giving back.

Carytown furniture and decor shop Ruth & Ollie’s $43,000 in donations made a big impression at the local YWCA last year. The retailer redecorated the YWCA’s counseling room, turning the drab space into a much more welcoming one.

“We had a really good year and we wanted to give back,” said Ruth & Ollie owner Kat Liebschwager.

Richmond BizSense and our sponsors will honor the philanthropic companies at an event from 6 to 8 p.m. June 25 at Lewis Ginter Botanical Garden. Tickets are still available.