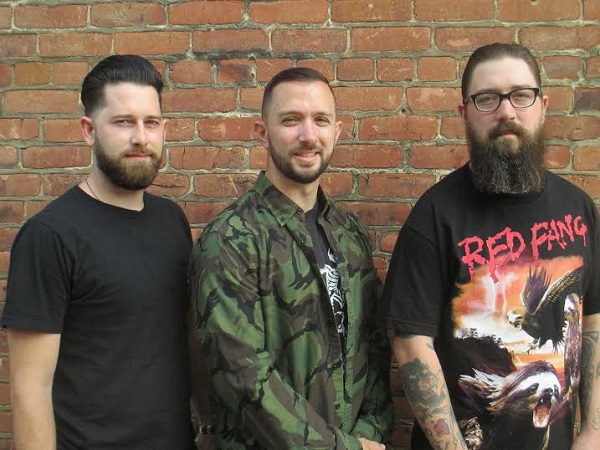 Working their way up from a single chair in Shockoe Bottom, a trio of barbers now hopes to build some buzz in the Fan.

“It’s going to have all the comforts of grandpa’s (barbershop) with all the conveniences of the new trends,” Kinney said.

They’re launching the business along with two other co-owners, Darren Brown and Brian Mahaffy. Mahaffy signed the three-year lease for the 1,000-square-foot space in April.

High Point started with Flav working out of Shockoe Denim in the Bottom, where the manufacturer and retailer lets barbers wield their blades.

Kinney said High Point has done $35,000 in sales since setting up in the Bottom.

Kinney said he first decided to start his own shop because he was having trouble finding a barber. But he said the company’s challenge will be to convince people to give the High Point a try. 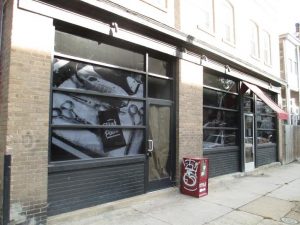 A haircut at High Point goes for $20, and a shave is $25. Photo by Michael Thompson.

“The truth is everyone is getting their haircut somewhere, and people get comfortable,” Kinney said. “Once they’re comfortable, they’re not inclined to leave.”

Their new Fan property, formerly a realty office, has sat vacant for a few years, Kinney said. It is owned by WSI Development LLC, according to a city record.

Kinney wouldn’t say how much High Point is spending to open the shop. He said the building is getting a new ceiling and floor. Since April, $7,500 in building permits has been issued for the property, according to city records.

Before they joined High Point, Kinney worked at the Nirvana Hair Salon at on West Cary Street, and Foster worked at the Parkside Barber Shop & Grooming Lounge on West Broad since 2012.

While it has plenty of competition, including the nearby Refuge for Men at 1607 W. Main St. and Pine Street Barber Shop at 332 S. Pine St. in Oregon Hill, High Point still sees room in the market for growth.

“We’d love to open another shop in a small pocket of this city,” Kinney said. “I think there are plenty of clients.”

Your shop will be a great addition to our neighborhood!. Welcome!

Welcome to the neighborhood from the crew at
Main Street Barber!