BizSense Newsbites is new a monthly round-up of news bits on awards, grants, and other announcements from local businesses. There’s a lot going on around town that doesn’t make it into the news each day. This new section will highlight announcements that are brief and valuable to BizSense readers.

CultureWorks announced the third round of grant awards through the Richmond Arts and Cultural District Micro Grant Program. Capital improvement grants of $2,500 each were awarded to Books, Bikes and Beyond Thrift Shop, Sediment Gallery, TheatreLAB, and Virginia Repertory Theatre. Project support grants of up to $1,000 each were awarded to Girls Rock RVA, Richmond Behavioral Health Foundation, Richmond Public Library, and WRIR 97.3 FM with Gallery 5. The next application deadline is July 1.

HCA Virginia’s John Randolph Medical Center has earned the Gold Seal of Approval certification for its total hip and knee programs from The Joint Commission. The certification recognizes the hospital’s compliance with the commission’s national standards for healthcare quality and safety. 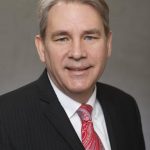 Greater Richmond ARC won a Capital Award of Merit at the Virginia Public Relations Awards May 14 for an op-ed column.

Frank Robinson, president and CEO of Lewis Ginter Botanical Garden, was honored with a tourism leadership award from Richmond Region Tourism. The garden received a Virginia Public Relations Capital Award of Merit for an op-ed piece. 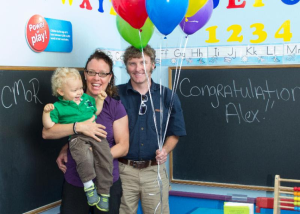 The Ujima Legacy Fund awarded $28,000 to ART 180. The grant will support the organization’s afterschool art programs.

Children’s Museum of Richmond launched its second annual College Tuition Raffle. The winner will receive an eight-semester Tier I Virginia529 pre-paid tuition contract. The drawing is June 30. Tickets are available at all four CMOR locations and online at www.c-mor.org/tuition-raffle. The prize is valued at about $60,000. Proceeds benefit CMOR’s free and reduced-price admission program.

Todd “Parney” Parnell, vice president and COO of Richmond Flying Squirrels, was the recipient of the second annual Book Bank Champion Award in recognition of his support of CMOR’s Book Bank. 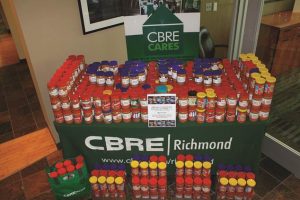 Charles Zerhusen, senior real estate manager at CBRE|Richmond, has received the Certified Property Manager designation through the Institute of Real Estate Management. The designation is earned after candidates complete an extensive program based on a combination of education and experience. Zerhusen joined CBRE in 2011.