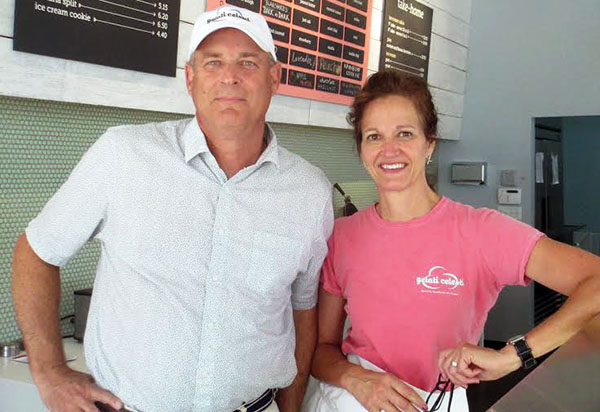 Richmond-based Gelati Celesti, which currently dishes out gelato from two locations and a truck, has scooped up space for its third storefront.

Owners Steve and Kim Rosser plan to open at the Corner at Short Pump at West Broad Street and Lauderdale Drive in November.

The new store will join the original Gelati Celesti shop at 8906 W. Broad St. in the Gold’s Gym Plaza shopping center and a store in the Stony Point Shopping Center on the Southside.

In 2011, the Rossers opened an ice cream production facility on Dabney Road, which on a typical day cranks out 180 gallons of ice cream. The company also has a mobile operation.

Steve Rosser said he looked at properties in Midlothian and Mechanicsville before settling on the Short Pump area.

“Short Pump has a very high population base,” he said. “Also, so many people travel to do their shopping there.”

Rosser, 57, said he has a five-year lease for the 1,275-square-foot space at the Corner at Short Pump, which is still under construction. The property is owned by The Rebkee Co., a Midlothian developer. 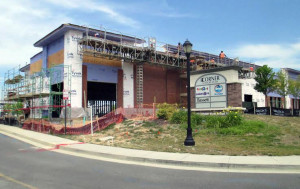 Gelati Celesti’s new location will be close to a Kroger and Toys R Us.

A Café Rio is also in the works for the shopping center, which is home to a Kroger and other restaurants.

With its Stony Point store located near a Martin’s, Rosser said he has learned that having grocers nearby is good for business.

“We find in our location where we’re next to Martin’s, many shoppers will purchase their groceries and then try our ice cream,” Rosser said.

The Gelati Celesti brand was launched in 1984, and the Rossers bought the business in 2010.

Its ice cream is whipped to keep as much air out as possible, making for a denser and creamier product.

Gelati Celesti also sells its product wholesale to restaurants and shops around town, such as Lemaire, Bookbinder’s, Edo’s Squid and Chocolates by Kelly.

“Ben & Jerry’s stores don’t last long because people can buy it in the store,” he said.

As summer approaches its hottest days, Rosser said his focus is on opening the Short Pump store.

“We are building our company,” Rosser said. “We’ll open additional stores, but probably not in the next year.”

Great News!!! This is the best stuff in town!!!

The salted Caramel is awesome!