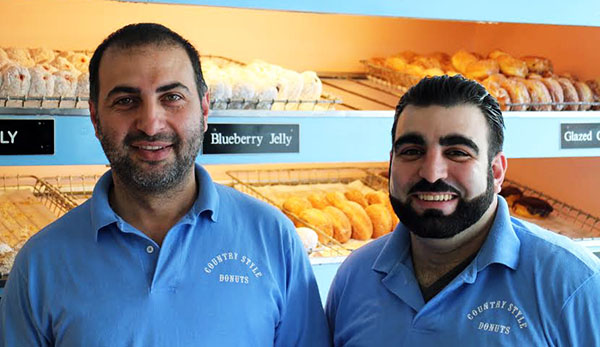 After 46 years in business, the elder of the Richmond doughnut world is sinking its teeth into a second store.

Nader Nassereddine, who will run the second location with brother-in-law Ramzi Rabah, said it will be a slightly modernized version of the East End institution.

“The donuts are going to be the same, nothing is going to change with that, but just the presentation will change some,” Nassereddine said. “The taste is the same, just a fresher look.”

The family-owned business will open the new store in the next three or four months, Nassereddine said. Country Style will add a new coffee and drink menu for the West End location and has touched up company logo.

The expansion is perhaps the biggest change for the doughnut shop’s brand since the Nassereddines bought the original Country Style at 4300 Williamsburg Road in 1984. 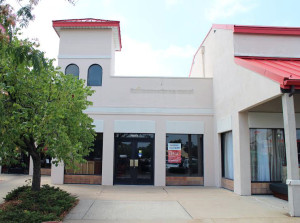 Nassereddine’s father Steve emigrated from Lebanon to the United States when he was 18, settled in Richmond and worked at a Dunkin’ Donuts before he and wife Wafaa co-owned Golden Donuts on Main Street.

They bought Country Style, which opened in 1968, after their Main Street lease ran out 30 years ago. Now Steve Nasserreddine is “half-retired,” his son said. Wafaa Nassereddine and the family’s oldest son Merwan will continue to run the Williamsburg Road location.

The East End bakery is about out of space, however, and Nader Nassereddine’s said the 67-year-old building doesn’t give the family any room to add on. The West End space is about 900 square feet larger than Country Style’s current building– room Nasserreddine and Rabah will be able to use to expand the kitchen if the need arises.

But Nasserreddine said he hopes the second store will be about more than selling doughnuts in another location. He wants to push the business forward in its second generation.

“Our parents built it up when Country Style Donuts was down– it wasn’t making that much of anything,” he said. “It’s on a personal level when we open this one, it hits us personally, we just see what they had and then what they made it into for us to proceed and go on with.”

Nassereddine said opening the new store will cost between $40,000 and $70,000. Fryers will be the biggest unknown cost. He said they can run from several hundred dollars for used units that might need a little work to thousands of dollars for new ones.

The business will add about three more employees to work the kitchen at West Tower. Country Style’s West End fryers will fire at all hours, but Nader said he isn’t sure if the new store will be open for business throughout the night. 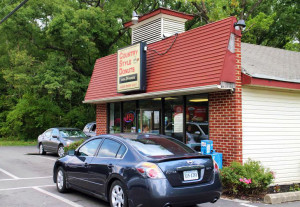 The Williamsburg Road store stays open 24 hours a day, six days a week and usually puts out the day’s first fresh doughnuts at about 1:30 a.m.

Country Style is launching its second location amidst a minor explosion of Richmond-area dessert and pastry businesses. Carver’s Sugar Shack opened a first and second bakery since last summer and has at least one more in the works.

“With the demand in general, it’s kind of pushed us to go ahead and say we need to do another location,” Nader said. “I think our customers deserve that, they’ve asked it from us, and we’d love to do more.”

Nassereddine didn’t seem fazed by the added competition, however, adding that the bakery business isn’t a terribly competitive industry. He said bakers around town will send some dough or flour to a competitor if they run out of an ingredient.

“It’s about who makes the best,” he said. “If you have a good product it will sell. If it doesn’t, you should do something else.”

If you prefer a cake doughnut, these are by far the best doughnuts in RVA. The buttermilk ones are heavenly and worth the trip.

This is wonderful. Hope you have a successful business at this location. Please keep the current location. These are the best donuts I have eaten. The associates are so friendly.

Gelati Celesti Ice Cream is thrilled to welcome Country Style Donuts to the shopping center. Best of luck in your expansion!

My parents took us to Country Style donuts on our trips to visit family in Charles City. My sister sometimes travels from the West End of Richmond just for these delicious donuts, which she shares with our co-workers. And now you’re coming to the west end???!!!!! HOW WONDERFUL!

The best doughnuts in town hands down!!!

My manager use to buy Country Style donuts every Friday for our department, we work in Innsbrook so this new location will be better. Now my 2 favorite stores will be close to each other, Gelati Celesti and Country Style donuts. When is the open date?

When will you be open in the West End.