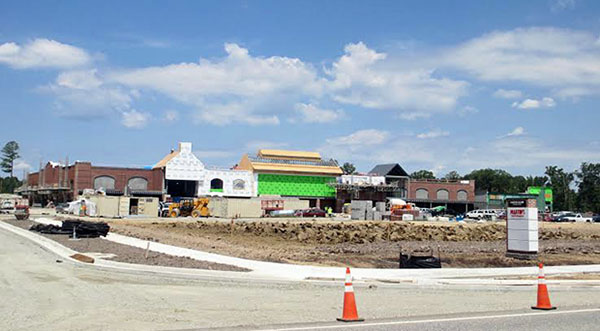 A local hospital system is squeezing into your neighborhood grocery store.

The convenient care clinics – as the business model is labeled by the industry – are a growing trend that combines retail chains and healthcare as a way to potentially cut down on traffic in emergency rooms.

Bon Secours’ new concept, Bon Secours Fast Care, will be similar to CVS’ Minute Clinic and Kroger’s The Little Clinic. The Little Clinic just entered the Richmond market in Kroger stores at 9000 Staples Mill Road and 7000 Tim Price Way, and another will open in Mechanicsville later this month.

Convenient care clinics in retail stores treat patients with common ailments like sprains, cold or flu and strep throat. They also offer physicals, vaccinations and a variety of tests and other services.

The clinics are structured to be a step down from urgent care centers and a cheaper alternative to urgent care and emergency rooms.

“It’s just the convenience factor,” said Robert Fortini, Bon Secours Medical Group’s chief clinical officer. “You can run out at lunch or stop to pick up milk and bread and get some healthcare.” 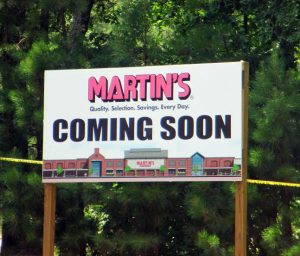 Martin’s will anchor the upcoming Charter Colony development off the Midlothian Turnpike.

Bon Secours hopes to open its first Fast Care clinic this fall at the Martin’s under construction in the Charter Colony shopping center in Midlothian. The second Richmond-area Fast Care clinic will be in Mechanicsville, and Bon Secours hasn’t yet selected the site for the third local clinic. Two others are slated for Hampton Roads-area Farm Fresh stores.

“They will be strategically located for ease of access,” Fortini said.

There are more than 1,700 convenient care clinics nationwide and could be as many as 3,000 by 2016, according to the Convenient Care Association, the national trade association for retail-based clinics. Although most are run by retail companies like CVS, Walgreens, Target and Rite Aid, about 75 hospitals and health systems also operate convenient care clinics. The idea first hit the market in 2000.

Convenient care clinics are becoming a popular way to try to cut back on the rising costs of healthcare and reduce the number of patients who visit busy emergency rooms for minor ailments.

Fortini said Bon Secours’ Fast Care locations will be open 12 hours a day Monday through Saturday and eight hours on Sunday. The exact hours of operation haven’t been set.

Bon Secours hasn’t decided on the price list for services, but Fortini said rates will be competitive.

Bon Secours will lease the space from Martin’s, but Fortini would not comment on the financial terms of the deals. He said the square footage of each location will vary. 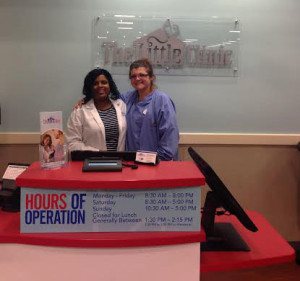 Each will have a small waiting area, a reception desk and one or two exam rooms. They will be run by nurse practitioners who can consult with a Bon Secours physician by telephone if necessary. The roster of each office will also include one or two support staff members.

Fast Care patients will be referred to a Bon Secours primary care physician if they don’t already have one and need follow-up treatment.

“One of the things we’ve really focused on is strategically growing our primary physician client base,” Fortini said.

In the past four years, Bon Secours has tripled its staff of providers – doctors, nurse practitioners, and physician assistants – to 600. Sixty percent of those are primary care providers. The organization believes shifting patients out of hospitals and into community facilities this is the future of healthcare.

The Fast Care clinics will open with plenty of competition trying to take advantage of that trend.

There are nine CVS Minute Clinics in the Richmond region, according to its website.

The Little Clinic, which is owned and operated by Kroger, will open its next office at the Kroger at 9351 Atlee Road in Mechanicsville later this month, spokeswoman Jennifer Martin said.  It will move into Virginia Beach later this year.

“They are big stores and they have a lot of customers,” York said. “We are trying to reach as many of our customers as we can.”

At The Little Clinic, basic visits – like for a cold or an ear infection – are $85 out-of-pocket, but the company can bill most insurance plans.

Similar to Bon Secours’ aim with Martin’s, The Little Clinic’s goal is convenience.

“A lot of what we do is about being a ‘one-stop shop’ for customers,” York said. “To be able to provide services that keep them from having to jump in the car and go somewhere else. We can save them time.”

The Little Clinic has about 122 locations in Kroger stores and two other affiliated grocery chains in Ohio, Kentucky, Arizona, Georgia, Indiana, Colorado and now, Virginia.

Headquartered in Nashville, The Little Clinic was founded in 2003 and became a subsidiary of Kroger in 2010.