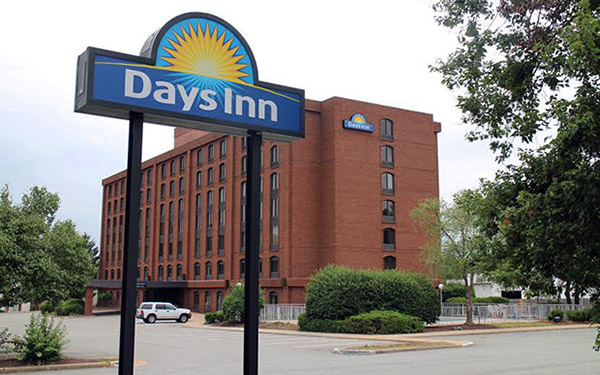 A local hotel company is doubling down in Henrico County.

Al and Mayur Patel bought the Days Inn hotel at 2100 Dickens Road for $2.2 million last week. The six-story, 75,000-square-foot building, which they now own through Allegiance Hospitality LLC, is one mile south of a 118-room Hampton Inn and Suites the partners own on Glenside Drive.

“They see this as a good market needing good hotels, so they wanted to purchase this hotel to make more options for them to meet market demands,” said Andy Condlin, a Roth Doner Jackson attorney representing the Patels.

The company hasn’t yet decided what to do with the Days Inn. Condlin said they may continue operating the hotel as is, but Condlin said its 183 rooms are relatively small, and the company could look to renovate the property by taking out rooms to leave fewer, larger units.

The Patels also own the former Skilligalee restaurant property on Glenside Drive, which sits in front of their Hampton Inn. They hope to raze the former restaurant and build a 119-room extended-stay hotel in its place.

A rezoning application for that property has been continued by the Henrico County Planning Commission at several meetings since it was first introduced in February. The hoteliers’ strategy for the Days Inn could be influenced by the county’s decision on their plan for the Skilligalee site, Condlin said.

Allegiance Hospitality’s purchase marks the second time the Dickens Road Days Inn has changed hands in the last two years. The property fell into foreclosure in 2012 and was sold at auction for $1.6 million that December. Allegiance Hospitality bought it from an entity that shares an address with the Dallas-based loan servicing firm that handled the foreclosure.

The Days Inn is also the second Glenside hotel to change hands this year after a nearby Embassy Suites was sold at a May foreclosure.

The Glenside area is one of the most crowded hotel markets in Richmond, with about 17 hotels within 1.25 miles of the Skilligalee site on Glenside Drive. Since 2008, the area has added four hotels but lost one, according to a county planning commission staff report, resulting in a net increase of 195 rooms.

A report published by trade publication Hotel Horizons shows lower-priced hotels in the northern part of the Richmond region, including the Days Inn brand, posted a year-to-date occupancy rate of 48 percent for the first quarter of 2014, up 8.4 percent over the same time period for the previous year.

Higher priced hotels, including brands Courtyard, Hilton and Westin, averaged 62 percent occupancy rates for the same quarter. Hotel Horizon identifies the northern part of the market to include hotels from Powhatan to Hanover County and from Goochland to nearly the western edge of Richmond’s city limits.