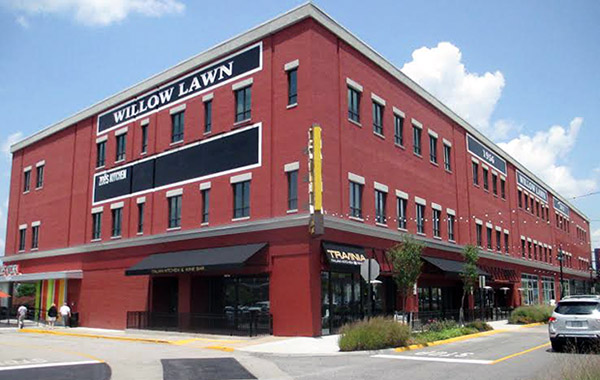 Several new storefronts are set to open in the Shops at Willow Lawn in the next couple of months. Photos by Michael Thompson.

A franchise operator and a local running shoe store are setting up in the Shops at Willow Lawn, while a restaurant chain is finally ready for its open house in the center’s new restaurant row.

Reggie and Judy Bristow plan to open a Pigtails & Crewcuts hair salon franchise at Willow Lawn in September. The chain caters to children and will be the Bristows’ third location of the brand.

The husband-and-wife team – Judy is an attorney at Williams Mullen – has a five-year lease on 1,400-square-feet near the American Tap Room.

“Willow Lawn has gotten a breath of fresh air with its makeover,” said Reggie Bristow. “It’s gone back to the open-air format that I remember from my childhood in the ‘70s.”

In 2004, the Bristows became co-owners of the Pigtails & Crewcuts in the Gayton Crossing Shopping Center before becoming the sole owners. In 2008, they opened a location at the Ivymont Shopping Center in Midlothian. 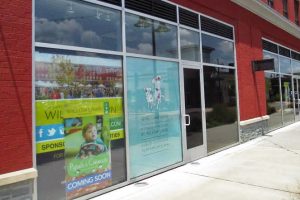 Adults can also get a haircut at Pigtails & Crewcuts for about $18.

Bristow said he was not thinking about opening another location until Federal Realty, the Maryland-based REIT that owns Willow Lawn, approached him about coming to the shopping center.

“We think kids should have a cool place to get a haircut,” Reggie Bristow said.

Pigtails & Crewcuts has standard barber’s chairs as well as seats shaped like trains and fire engines. Bristow said a 6-week-old baby with a full head of hair was one of the youngest clients he has seen.

The total initial investment for a Pigtails & Crewcuts franchise is between $93,000 and $168,000, according to the company’s website. Ongoing fees include a 5 percent royalty and a 2 percent advertising fee. Based in Atlanta, Pigtails & Crewcuts launched in 2004 and has 38 locations.

Along the same stretch of Willow Lawn, Jeff Van Horn is opening the second location of his local running store, Lucky Foot, in September.

“It was no-brainer,” Van Horn said. “(Federal Realty) approached us a year and a half ago, and they felt we would be a very good fit.”

Van Horn, 49, launched the first Lucky Foot at 13265 Rittenhouse Drive in Midlothian. The store carries shoes from big brands like Adidas, New Balance and Nike, as well as specialty brands like Altra and Newton. Lucky Foot shoes range from $90 to $160. 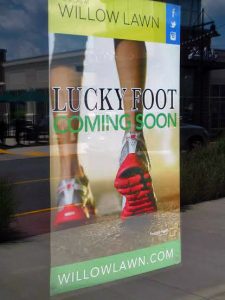 “Anyone can get running shoes anywhere,” Van Horn said. “We focus on carrying what manufacturers feel are their best product.”

Van Horn has a degree in sports medicine from Central Michigan University, and he said his 12 employees are familiar with anatomy, physiology and gait analysis. They spend at least 30 minutes with each would-be shoe buyer.

“You cannot figure out someone’s running gait by looking at their arch or watching them walk,” Van Horn said.

Instead, Lucky Foot takes video of customers circling a 20-meter in-store track, which is then analyzed on an iPad app the company developed.

“The app allows us to dissect the plains of the human body,” Van Horn said.

And a Duck Donuts franchise will soon replace a former frozen yogurt shop. 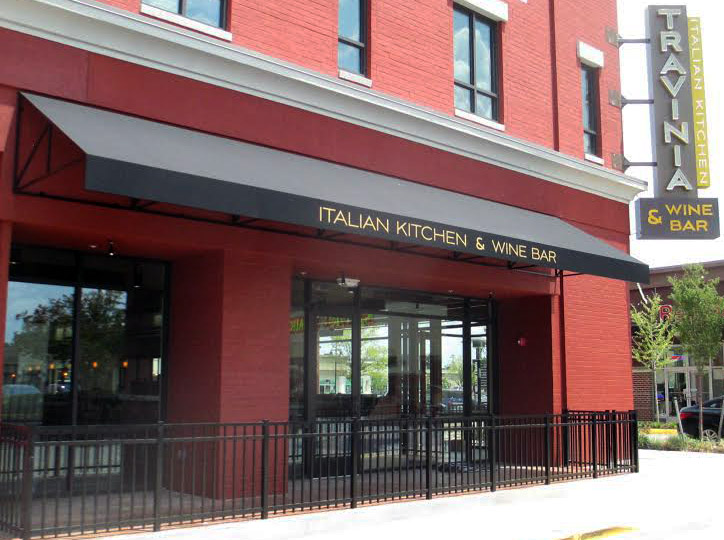 Travinia Kitchen & Wine Bar is set to open on Aug. 3.