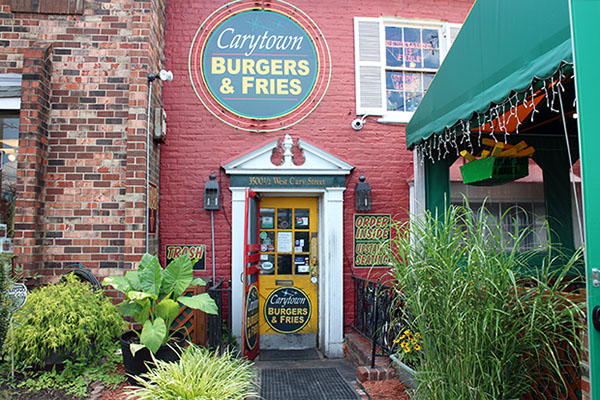 Carytown Burgers & Fries will expand into a catering location and a second restaurant by November. Photo by Evelyn Rupert.

Michael Barber, owner of the popular West Cary Street burger joint said he plans to open a Carytown Burgers & Fries Catering and Cafe at 5404 Lakeside Ave. next month and has a West End location planned for November.

Adding more locations has always been a goal for Barber, and next year he plans to look into franchising the brand.

“The only reason I waited so long is I wanted to make sure we were ready,” said Barber, who started the brand 15 years ago. “Out in the real world, you have to make a lot more people happy and there are a lot more critics.”

The 1,000-square-foot Lakeside location will be about twice the size of the burger spot’s original storefront at 3500 ½ W. Cary St. 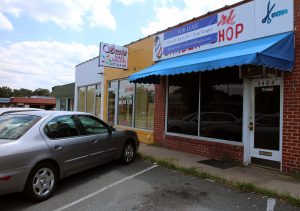 Carytown Burgers & Fries Catering and Cafe will replace a barber shop in a Lakeside Avenue strip. Photo by Evelyn Rupert.

Barber would not say where the West End location will be but did say he is in the process of finalizing a lease for a location that is at least 2,500 square feet.

“It’s near Short Pump Town Center is all I can say,” Barber said.

Barber, 45, has a three-year lease on what was a Lakeside barber shop. Getting a whiff of some competition won’t be hard from that location. It will be just up the road from Roy’s Big Burger, another mainstay in the burger scene at 5200 Lakeside Ave.

Carytown Burgers & Fries has done catering since 2006, and Barber said he plans to use the Lakeside location to give his catering clients a better sense of the brand.

“I want my clients from catering to come pick out their menu and try the food on site,” he said.

He said being near major interstates made the Lakeside location an attractive place to expand.

“Lakeside is a gem in Richmond,” he said. “The exposure and central location makes this an easy decision.”

Barber is not the only entrepreneur who sees opportunity in Lakeside. Early Bird Biscuit Co. opened this month across the street from Carytown Burgers & Fries’ catering spot. 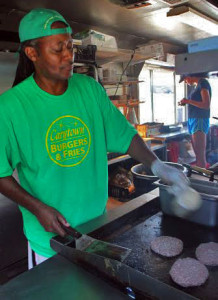 No menu changes are planned for the new locations.

Carytown Burgers & Fries is also adding a third food truck to its fleet in August, and a fourth will be added when the West End location opens.

Barber’s burger brand is one of the handful of local operators who put up $2,500 to be on site at the Washington Redskins Training Camp Food Court on West Leigh Street.

He said that just giving the brand that exposure near the camp will be worth the investment long-term.

Carrying out the expansion plan wasn’t possible without having the right staff in place, Barber said.

“I’ve really stepped up my game to make this transition possible,” he said. “Our roots are growing as big as our tree.”