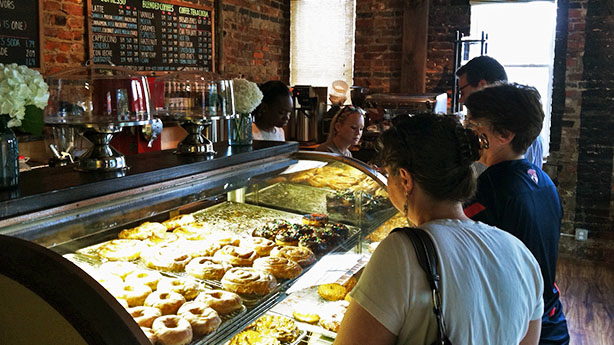 A Richmond donut shop’s expansion continues as it heads to the West End and north toward the Beltway.

Sugar Shack will open a new location at 1501 N. Parham Road in a former gas station in the Ridge Shopping Center.

Construction on the West End Sugar Shack is slated to begin in two weeks with a planned December opening. Kelley said the 2,000-square-foot store will have the same design and products as the original Sugar Shack in Carver, which Kelley opened in March 2013.

“Just like our first two shops, this new shop will have hand built bars and pallet walls that I’ll personally install,” Kelley said in an email on Friday. “We intend it to feel identical to the original in all aspects.”

Kelley would not say how much the westward expansion is expected to cost. 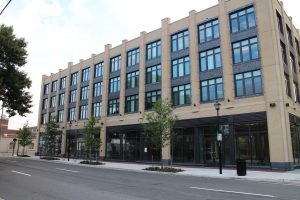 The Alexandria Sugar Shack site at 804 N. Henry St. is in a residential area a few blocks north of Old Town. The bottom floor of the building is under renovation.

While the West End Sugar Shack is under construction, Kelley plans to have a donut and espresso truck operating nearby. The truck is slated to hit the roads in October and will also be used for special events.

A similar setup is planned for the Alexandria Sugar Shack, for which Krupicka will be the owner and operator. The delegate has trained with the Sugar Shack staff in Richmond for the last three months.

“We have been working closely to make sure he opens up exactly like we are Lombardy,” Kelley said in an email. “All of the design will remain the same, as well as the donuts.”

Kelley would not go into detail about the arrangement with Krupicka. Krupicka could not be reached for comment.

The pair of new stores marks another growth move for Sugar Shack, which launched just over a year ago.

With lines running daily out the door of his first location, Kelley added a downtown location in late 2013. In June, he bought a run-down diner in Manchester he plans to renovate.

Kelley said he more locations are in the works including potential shops in Midlothian, Norfolk, Charlottesville and Baltimore.