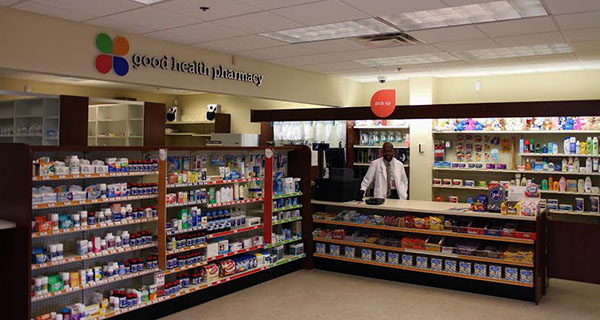 Pharmacist James Frazier said the new pharmacy at Richmond Community Hospital has been busy in its first month. Photos by Brandy Brubaker.

An East End medical building has a new look – and a new purpose.

Dr. Yvette Johnson-Threat, RCH’s chief medical officer, said the organization chose the new offerings based on what it thought would be the biggest benefit to East End residents.

“The community lacked certain services. There are a lot of transportation issues,” she said. “We want to be able to provide services the community needs, in their community.”

The floor previously housed DaVita Dialysis, which moved to North 25th Street, and the East End Pharmacy, which closed when its longtime owner retired.

Bon Secours declined to say how much the renovations cost but said funding for the project came from the health system’s operating budget and its foundation.

Emerald Construction was the general contractor. 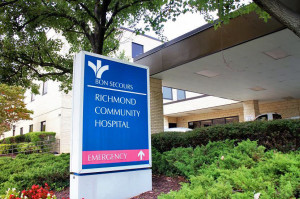 Richmond Community Hospital is one of six Bon Secours hospitals in the area.

Johnson-Threat said the hospital didn’t have the full breadth of cancer services the community needed. It also added services to treat congestive heart failure, a common diagnosis at the hospital. Not having a neighborhood pharmacy, she said, caused a “critical need” in the East End.

“To get to CVS from this neighborhood doesn’t seem like a big chore, but it is,” she said. “You have to catch two buses to get to 25th and Main.”

The pharmacy has only been open a month, but Frazier said he’s filling up to 64 prescriptions a day. He said it took the last pharmacy he worked at six months to reach that kind of demand.

The six-space outpatient infusion clinic in the renovated RCH space is also taking off quickly, said Shuryl Thompson, director of nursing operations. Outpatient infusion services include chemotherapy, blood transfusions, and the administration of antibiotics or fluids.

The clinic opened Aug. 4 and treated 39 patients in two weeks – without marketing the new facility.

“Word is getting out,” Thompson said. “We’re adding patients every day.”

The renovation also added a 30-person conference room and a place for patients to easily get their medical records, said Michelle Dickerson, chief nurse executive.

The hospital system has other ideas in the works for the East End hospital. In June, it announced plans to build a new Center for Healthy Communities at the former Parsley’s gas station. It also has a 25,000-square-foot medical office building in the pipeline across the street.