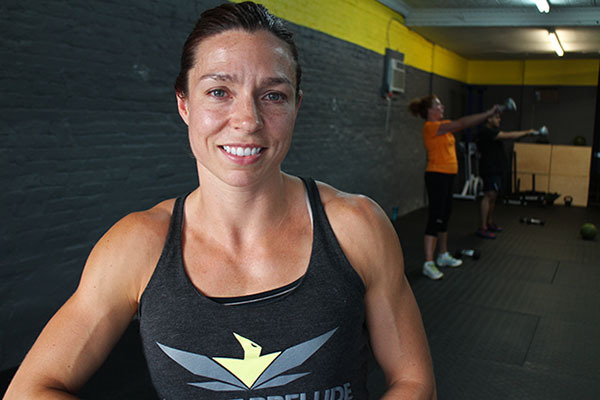 Church Hill has seen its share of new restaurants in recent years. Now a new business has opened to help the neighborhood burn off the added calories.

“What’s different about us is we’re so small,” said Murray, 34. “We’re probably going to have to cap our membership at some point.”

Murray is a West Point graduate and works at the Defense Logistics Agency in Chesterfield. Hutton, an Army lawyer currently deployed in Afghanistan, is stationed at Fort Lee. The couple used about $20,000 of their savings to finance the gym. 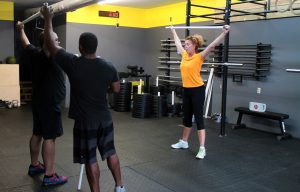 A trainer works with a two-person class in the new CrossFit gym.

“We’ve been planning this for years,” Murray said. “We were originally going to open in North Carolina, but we love Church Hill so much.”

With their hearts set on the East End neighborhood, Murray and Hutton began looking for a property to build their business.

Murray said options were limited. It took six visits and some persuading by Hutton to get her to commit to what would become the home of CrossFit Prelude. Hutton said the space had been vacant for about two years.

Its class sizes max out at eight people, but Hutton, 41, said that means more one-on-one attention for its members and a tighter-knit gym.

It won’t all be burpees and wall balls at Prelude. Hutton is also forming a nonprofit called the Muscle Up Foundation to organize volunteer projects in Church Hill. The outreach ties in with the gym’s namesake.

“It’s the beginning of something of greater importance,” Murray said.