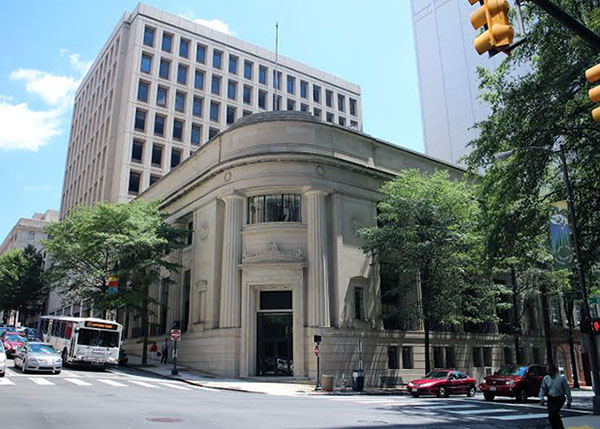 The Edison Co. and Monument Cos. finalized the deal to buy the former Signet Bank complex last week. Photos by Burl Rolett.

Demolition has begun at the former Signet Bank headquarters at 800 E. Main St., where local development firms The Edison Co. and Monument Cos. are making way for 196 new apartments in a two-building, nearly 200,000-square-foot complex.

The developers’ acquisition included the three-story building that wraps around the corner of 8th and Main streets and an 11-story tower at 7 N. 8th St. 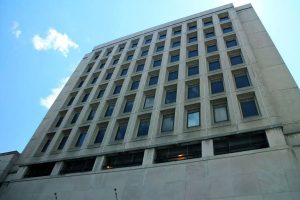 Kellman, who co-owns Edison Co. with wife Karen Kellman, said the project will cost between $28 million and $30 million, including the purchase price.

Edison Co. has had the property under contract since this spring. At that time, it was unclear if the Monument Cos. would take an ownership stake in the project, but Kellman said in July that Monument’s construction wing would be the general contractor either way.

The Signet Bank project will become at the seventh joint venture for Edison and Monument. The companies most recently teamed up to develop apartments at the Massey Building on 4th Street, Exchange Place near Main and 13th and Theatre Row at 115 W. Broad St.

The Signet Building is at least twice the size of the last few Edison and Monument joint ventures, Monument principal Chris Johnson said in an email.

“We’ve always enjoyed working together, so when (Kellman) asked us to joint venture, it was as simple as getting comfortable with the project and the equity structure, which we were able to do quickly,” Johnson said.

The building’s 196 apartments will be mostly one-bedroom units, but the layout of the property will make space for some three-bedroom and possibly a few four-bedroom units, Kellman said. The developers are also planning about 5,000 square feet of commercial space, and the building has about 220 parking spaces.

The five apartment towers will total more than 900 apartments and approximately $175 million worth of construction costs between them.

Tom Dickey, a principal at Monument Cos., said the firm is working on preliminary demolition at the Signet Building and work will swing into high gear next week. The project is targeted for a Nov. 1, 2015 completion date.