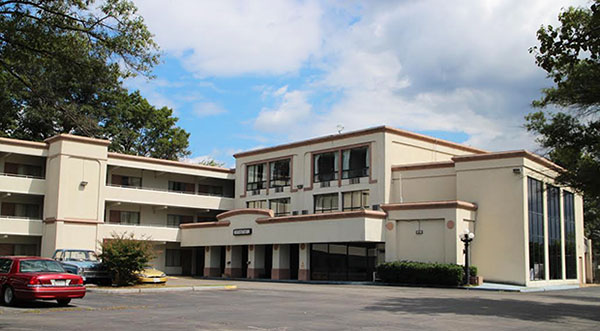 A lender is taking another swing at foreclosing on a motel near the Diamond.

The Economy Inn at 1600 Robin Hood Road is scheduled to be sold in a foreclosure auction next month.

The property’s owner had previously sought bankruptcy protection, but a judge recently gave the motel’s lender the green light to move forward with a sale.

Tim Dudley of Motleys Asset Disposition Group, which is handling the sale, said the property is drawing interest from hoteliers and developers.

“It’s a good area to build up because of the ease of getting in and out of Scott’s Addition, so there’s a lot of upside for development there,” Dudley said. “And for the hotel people, as that all starts to build up, there’s going to be more of a demand in the area for hotel rooms.”

The property is a 99-room, 51,000-square-foot motel at Robin Hood and Hermitage roads. The building and its 1.6-acre lot are owned by Shree Arihant of Richmond Inc. The company remains in bankruptcy after it filed for Chapter 11 to stall a foreclosure on the property late last year.

The Economy Inn sale is scheduled for 3 p.m. on Oct. 9 at the nearby Clarion Hotel at 3207 N. Boulevard. Dudley declined to share an opening bid for the Economy Inn.

Shree Arihant, nearly entirely owned by company president Yunus Vohra, is in default on a pair of loans issued by the former Bank of Richmond, now Gateway Bank and Trust and part of Hampton Roads Bankshares.

The company owes the bank more than $1.6 million, according to bankruptcy court filings. The lender claims that figure exceeds the value of the motel. Shree Arihant’s December 2013 bankruptcy filing also listed $577,000 in unsecured debts, including claims from the city of Richmond for real estate taxes, lodging taxes and utilities.

The hotel fell behind on its loan payments in the first quarter of 2013. Shree Arihant claims road work on Interstate 95 shut down north and southbound exits to Boulevard, which led to a 40-percent slide in the hotel’s revenues.

In July the company claimed in bankruptcy filings that it had seen a “steady resurgence” in business at the hotel. It attributed the upswing to the reopening of the interstate exits and a competitor dropping out of the market. The Virginia Inn on Brook Road was bought and closed to make way for a new Walmart Neighborhood Market.

Powhatan-based bankruptcy attorney Graham Jennings Jr. is representing Shree Arihant. On Tuesday, Jennings said the company is still working to sell the hotel on its own ahead of the October foreclosure.

“We’re still actively speaking with two parties, and what I hope to do is put together an offer to purchase and take it to the bank to see if they won’t give us a little more time to close a transaction to ensure all creditors will be paid in full,” he said.

Shree Arihant claimed in court filings it had a letter of intent from a buyer willing to pay nearly $2 million for the hotel before the December foreclosure was scheduled to take place. It claimed it had another offer for $1.45 million after it hired Porter Realty to list the property while the firm was in bankruptcy.

The Economy Inn would be Vohra’s second hotel sale in the last year. His Red Carpet Inn on Sherwood Avenue was purchased by VCU and has since been demolished to make way for the school’s planned Virginia Treatment Center for Children.