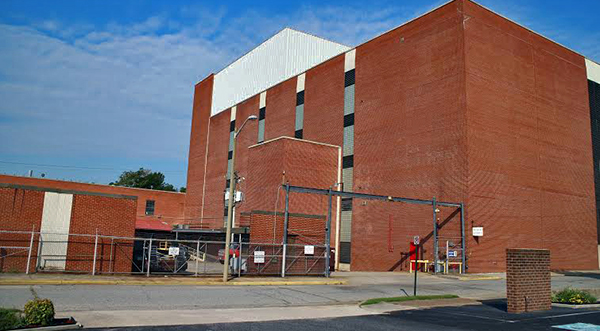 Tom Wilkinson has an updated plan for an old cigarette complex in Petersburg. Photos by Burl Rolett.

A local developer is changing the game plan on the last piece of a big project in Petersburg.

Tom Wilkinson, head of Franklin Development, will seek approval from the Petersburg City Council next month for a planned 270-unit apartment conversion in the old Brown & Williamson cigarette complex near Perry and Gill streets.

It’s a deviation from a previous development plan for the property, which called for 115 apartments and 163,000 square feet of commercial space.

The revamped development plan, called South Line at Perry Place, calls for 270 apartments between two connected buildings and will allow Wilkinson to apply for both historic tax credits and affordable housing tax credits.

“We put the commercial space on the market and got a couple of feelers, but nothing that made us feel good about it.” Wilkinson said. “In the meantime, we did some more analysis of the market and realized if we could rent it as workforce housing we could fill the building.”

Construction costs will total about $38 million. Wilkinson is currently working on financing and expects construction will begin between spring and summer of next year. It will take about 14 months to build. 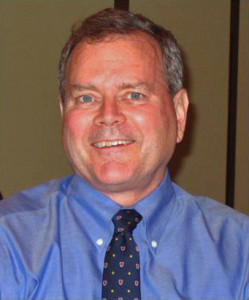 The affordable housing tax credits come through a federal program administered by the Virginia Housing Development Authority. The program is known as Section 42 and targets residents that make between 30 percent and 60 percent of the area’s median income. It’s a designation developers often refer to as “workforce housing,” and Wilkinson added that the Perry Street project will not accept Section 8 vouchers.

“We found the average income of our tenants is about $31,500 a year, which means we can get some extra credits from the government so we can lower the rents,” he said.

The Section 42 tax credit program is a two-tiered system that allows builders to recoup either 30 percent or 70 percent of qualified development costs in exchange for keeping rent in the building below market rates.

The developer drums up added equity through the tax credits, which lowers the amount of debt the project carries and makes financing it less expensive.

About half of the project’s apartments will be reserved for affordable housing, Wilkinson said. A rezoning application filed with the city shows those units will rent for about $200 or $300 a month less than Franklin Development Group’s nearby Petersburg apartments.

The Perry Street project is the last piece of a seven-building, $100 million apartment and office complex that also includes Wilkinson’s 149-unit Perry Street Lofts and 34-unit Cameron Building Lofts, as well as a 66-unit building developed by Steve Leibovic with consulting help from Wilkinson and Tom Rosman.

“Petersburg is a good place to have an apartment building right now,” Wilkinson said. “We wouldn’t be doing this if everything around us wasn’t 100 percent leased.”

But Leibovic said last week that shrinking enrollment at nearby Virginia State University and Fort Lee Army Base has made it difficult to fill his property.

“I think there are a number of things that are kind of conspiring to make it more difficult going forward,” he said. “We’re getting people in there and the residents that are there are happy, it’s a great product down there, but it’s a difficult product to fill.”

Wilkinson also developed the Hopper Lofts in Manchester, a building he now has on the market. He said 47 interested parties have signed confidentiality agreements to have a look at that building and four suitors have toured it.

After finishing up the 220 Perry St. apartments, Wilkinson said he’ll be finished in Petersburg. He previously mentioned he also has a few more development projects in mind in the Richmond and Portsmouth markets.

“It’ll be time to go to the next project wherever it may be,” Wilkinson said. “Or work on my golf or tennis games.”