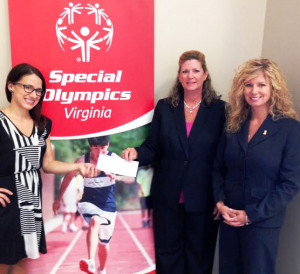 HHHunt Homes of Richmond helped cub scouts from Pack 2842, Den 2 in Chesterfield County earn their engineering merit badges. The Webelos got a tour of cleared home site, a house under construction and a completed house at Sherwood Fields, a neighborhood in Magnolia Green.

VCU received a $6.9 million federal grant to study the genetics of alcohol abuse and alcoholism.

The Dominion Foundation, the philanthropic arm of Dominion Resources, awarded more than $1.3 million in education grants this year to 100-plus schools and educational institutions in nine states and D.C. 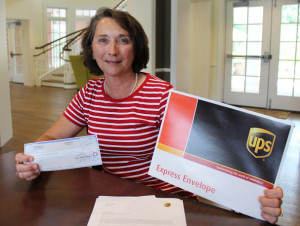 HCA Virginia’s Levinson Heart Institute at Chippenham Hospital opened its new electrophysiology lab for the management and treatment of patients with arrhythmia disorders or abnormal heart rhythms. This is the third EP lab at Chippenham. It was created in response to an increased patient demand for ablations to treat atrial fibrillation.

Anthem Blue Cross and Blue Shield members can now use their smart phone, tablet or computer to have a live video visit with a board-certified doctor to discuss non-emergency health issues. The service is called LiveHealth Online and doctors are available 24 hours a day, 365 days a year at standard co-pay rates for a physician’s visit. LiveHealth Online is typically about $49 per visit for patients that aren’t Anthem members.

Courtney Moates Paulk, a partner at Hirschler Fleischer, is the seventh person in history to complete the 20-mile swim across Cape Code Bay, from Plymouth to Provincetown, Mass. Paulk completed the swim in nine hours and 43 minutes, breaking the course record.

Howard Feller, a partner at McGuireWoods, is the newly elected chair of the American Bar Association’s Section of Antitrust Law. Feller, who joined McGuireWoods in 1978, leads the firm’s antitrust and trade regulation department.

The Better Housing Coalition raised more than $2 million in matching funds to complete a $1 million, two-for-one challenge grant awarded the organization by the Cabell Foundation in 2012. The BHC had until June 30 to meet the match. Donations included $568,717 from 29 individual donors, $553,725 from foundations, and $1.130 million from corporations and public entities. The money will be put toward BHC’s efforts to increase and preserve the stock of affordable housing for lower-wealth families in Richmond’s East End.

The YMCA of Greater Richmond and James Center Property LLC agreed on a three-year lease extension for the James Center YMCA, which has been in operation since 2004.

The Color Course, a 5K and obstacle course where participants get coated with colored powders, will be held Oct. 25 at Colonial Downs and a portion of the proceeds will benefit Make-A-Wish Foundation of Greater Virginia. For more information, visit thecolorcourse.com. 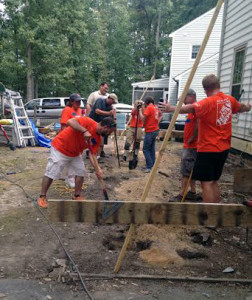 Home Depot employees volunteered with Habitat for Humanity to renovate homes for veterans.

Historic Richmond will host A Monumental Celebration from 6 p.m. 8:30 p.m. on Oct. 2 to celebrate the 200th anniversary of Monumental Church at 1224 E. Broad St. The event includes an open bar, heavy hors d’oeuvres and entertainment.

Employees from local Home Depot stores volunteered to help repair the homes of two Chesterfield County veterans in honor of Sept. 11. This was part of Richmond Metropolitan Habitat for Humanity’s Habitat for Heroes program.

McKesson donated 4 million pairs of latex gloves to World Vision to be distributed to health workers treating Ebola patients in Sierra Leone. The supply will cover the country’s needs for five months.

Hardywood Park Craft Brewery and the Virginia Museum of Fine Arts have partnered on a special beer for the upcoming exhibition, Forbidden City: Imperial Treasures from the Palace Museum, Beijing. The Belgian white ale is infused with Asian dragon fruit and will be available at a special launch event at 2 p.m. Oct. 4 at Hardywood. The VMFA will display Forbidden City from Oct. 18 to Jan. 11.

VMFA is also launching its first crowdfunding campaign to raise $40,000 to support the exhibition fund. Supporters are invited to help build a scaled version of the Forbidden City, featuring the hundreds of buildings that make up the complex. 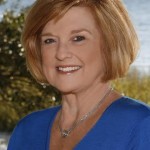 Sandra Yarbrough, a sales associate with Long & Foster Real Estate’s Strawberry Street sales office, has earned the Seniors Real Estate Specialist designation. The designation, awarded by the SRES Council, an affiliate of the National Association of Realtors, recognizes Yarbrough as an expert in the fast-growing senior market. Yarbrough has been a Realtor since 2010 and with Long & Foster’s Strawberry Street office since 2013.

Commonwealth Computer Training, a division of Commonwealth Personnel Consultants, is celebrating its 13th anniversary this month.

Richmond Region Tourism and VCU Brandcenter have partnered on OutRVA, a new campaign designed to showcase Richmond’s LGBT community and highlight the area as a travel destination for LGBT travelers. The concept was developed by a group of Brandcenter students.