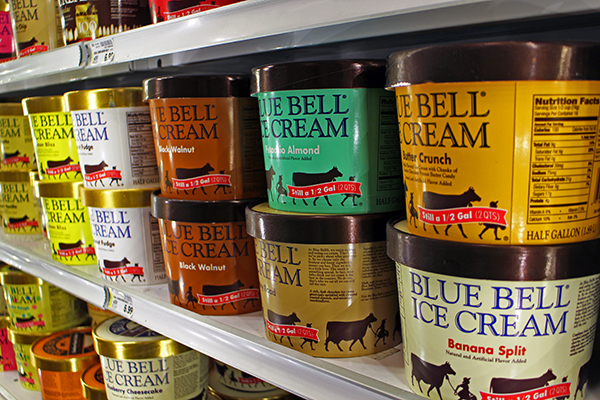 With an outlet mall and Harley Davidson dealer on the way, a massive Hanover County development site has landed another sweet tenant.

Blue Bell Creameries, maker of the popular Blue Bell Ice Cream brand, recently bought 2.4 acres of land at Northlake Park near Ashland where it will build a giant ice cream facility expected to open next year.

Blue Bell first moved into Richmond last year with a pair of leased distribution and storage facilities near the airport on Corrugated Road and Laburnum Avenue. Its ice cream products appeared in Richmond stores in March 2013.

The creamery settled on the Northlake property after having a look at the Airpark and Sliding Hill Road areas in Hanover.

“This was our plan from the beginning when we came up here was to build our own facility,” said Mark Fancher, Blue Bell’s Richmond-area branch manager. “We decided to lease space when we first opened to get things moving a little quicker, because it is a process to find a property.”

The company will be moving out of its current East End properties once the Hanover center is finished, Fancher said. Blue Bell paid $301,875 for the Northlake property. Brokers Ken Barnhill and Chip Louthan from Colliers International handled the purchase for Blue Bell.

The ice cream will come to the Ashland center from its creameries, and the new location will ship out ice cream to as far north as Prince William County and as far south as Dinwiddie County. Blue Bell’s ice cream is made in Texas, Alabama and Oklahoma.

Fancher said he and several other employees live in Hanover and liked Northlake for its ready-to-build site.

“The biggest thing was the infrastructure being in place, it should be an easier process to go in and build,” Fancher said. “And it just kind of made sense for us logistically being near the interstate.”

The Northlake complex is a 400-acre planned development park off Interstate 95. Northlake includes about 1.3 million square feet of existing retail, office and industrial space. A California developer has a 390,000-square-foot outlet mall planned for the site and a new Harley-Davidson dealership is also slated to open in Northlake this month.

Wright said the mall is tentatively hoping for a 2015 groundbreaking, and he hopes the new Harley shop will attract some other businesses.

“We’re looking for Harley to bring some parasites up there that want to be near them,” he said. “A lot of people are teed up ready to go, they just want to see a commitment from the outlet mall.”