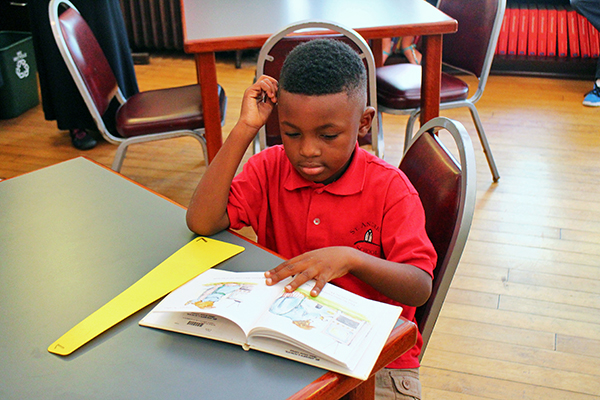 A Richmond private school that serves underprivileged kids needs a helping hand of its own.

St. Andrew’s School in Oregon Hill is trying to raise $1.2 million to fund some major repairs to its 110-year-old South Cherry Street schoolhouse. The school was founded in 1894 by Grace Arents, heir to the fortune of her uncle, Richmond businessman and fellow philanthropist Lewis Ginter.

Students at St. Andrew’s come from low-income local families, and the school’s mission is to provide them with a quality, progressive education as an alternative to their assigned public school. All students are given full scholarships, and the school provides free breakfast, lunch and a snack each school day.

“The caliber of our education is really high,” said Michelle Rosman, St. Andrew’s director of communications. “We’re trying to get the building and surroundings to match up with that.”

There are a lot of projects on the school’s list. 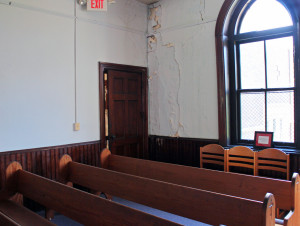 The chapel walls in St. Andrew’s have been damaged by water.

Its gutters are in terrible shape, leading to water damage inside the building. The outside of the building needs other repairs, as well.

The school doesn’t have an HVAC system and relies on window units and fans to keep it as cool, which can be challenging in warmer months. Walls need to be repaired. Electrical and communication systems need to be updated. Teachers want smart boards to keep up with the technology at other schools and new furniture to replace mismatched and worn-out hand-me-downs.

Richmond-based Kjellstrom + Lee did pro bono proposals and consulting to jumpstart the project.

The school’s fundraising efforts could get a big boost from a $200,000 challenge grant from the Mary Morton Parsons Foundation. It has raised $10,000 so far and must meet the match by May, said Amanda Kennedy, director of development.

“We are furiously trying to raise that by the deadline,” she said. 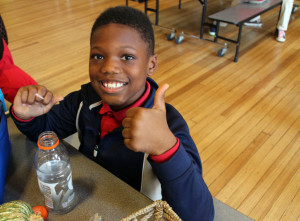 Third-grader Qadir Faulk at lunch. The school gives students two meals and a snack for free each day.

St. Andrew’s School has 96 students in kindergarten through fifth grade. It operates on a $1.2 million forward-funded annual budget. About $250,000 of the money needed each year comes from a trust set aside by Arents. The rest comes mostly from individual donors and foundations.

Kennedy said they are trying to enlist more corporate donors. During the 2012-13 fiscal year, about 1 percent of donations came from corporations, but Kennedy said they have increased that figure a little since then.

To attend St. Andrew’s, a student’s family’s gross annual income can’t be more than double the federal poverty guidelines, which would be $47,100 for a family of four, the school said. Most St. Andrew’s School families live near the national poverty level – about $21,000 a year for a four-person family.

Qualifying students are selected for admission based on academic aptitude, family commitment and other factors.