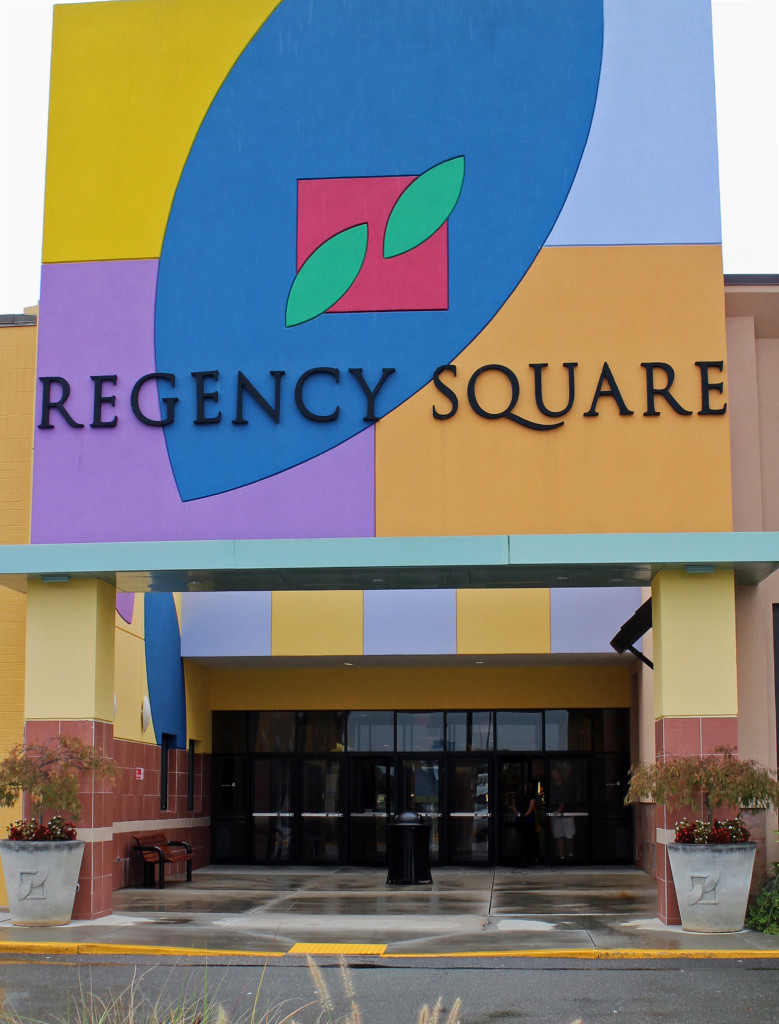 The Regency Square Mall on Parham Road will be put up for sale in the next few months. Photo by Linda Dunham.

A Richmond mall that has seen its stores’ sales plummet nearly 60 percent in 10 years will be on the market by the holiday shopping season.

The bulk of Regency Square Mall on Parham Road will be put up for sale in the coming months. Joe McBride, a research analyst at real estate tracking firm Trepp, expects the property to be offered at about $20 million, about a quarter of the $72 million mortgage the mall’s previous owner took out 12 years ago.

It’s a closeout price point that would mean losses for investors but could also be a big draw for a buyer looking to revamp Regency Square, Colliers International broker Brian Glass said.

“What it has going for it is that it will be cheap,” Glass said. “If you can buy it for the right price, there might be a redevelopment opportunity.”

Regency Square was built in 1975. It’s one of the region’s last enclosed malls after Azalea Square and Cloverleaf Mall both met the wrecking ball. And Fairfield Commons, which predates Regency by about eight years, is scheduled to be demolished in the coming months.

The Parham Road mall has seen its sales collapse in the last decade. Regency did about $177 million in sales in 2003, the same year that Short Pump Town Center and Stony Point Fashion Park opened – each within five miles of Regency – according to investment documents prepared by Divaris. In 2004, sales dropped to $146 million. By 2012 Regency was down to $85 million, and former owner Taubman gave the mall back to its lender in a deed-in-lieu of foreclosure deal. Last year Regency Square made about $76 million in sales, according to figures from Henrico County.

Read Goode, a Divaris broker, said that the mall lost costumers to the newer outdoor, walkable malls. And Regency lacked a street presence. “It’s like a sick patient that a doctor is trying to figure out exactly what is the problem, and it’s actually a mix of multiple problems,” Goode said.

Another worrisome attribute for potential buyers, brokers say, is the mall’s two anchor stores. J. C. Penney and Sears both own their own properties at Regency Square, which together make up about 363,000 square feet of the mall and 32 acres of the surrounding complex, or 44 percent of the total square footage. Glass and McBride said both retailers have been closing stores, which could make a buyer wary of a mall dependent on those two retailers. The mall is about 95 percent occupied – not counting Sears and J. C. Penney – according to Trepp, but McBride said tenants are on reduced rent to fill the property. McBride added that it’s not uncommon for tenants to write options into their lease that allow them to vacate if an anchor store shuts down, so investors could risk losing stores in bundles if one of the anchors closes up shop. A buyer set on redeveloping the site would also have to deal with J. C. Penney and Sears, but Goode said it might be possible to bring those chains on board with a redevelopment plan. Sears, he added, sold its store at River Ridge Mall in Lynchburg to Liberty University. “If the price is right, Sears historically will close,” Goode said. 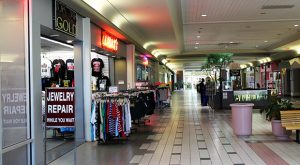 Fairfield Commons mall, where occupancy has slipped to about 50 percent, will be demolished and replaced with an open-air shopping center. Photo by Michael Schwartz.

In recent years developers have floated plans for open-air shopping centers at three of the area’s formerly enclosed mall sites. But while Cloverleaf mall has found a second life as Stonebridge, and an Arizona developer zeros in on a redevelopment at the old Fairfield Commons mall, Regency is unlikely to see the same rebirth.

“This is not like Cloverleaf and it’s not like Fairfield Commons; it’s more complicated,” Glass said. “You demolish Eastgate and you build something new.

It’s not as simple a task at Regency.” Unlike Fairfield Commons, Regency is a two-story mall, which Glass said will make it more difficult to demolish or renovate as an open-air center.

The property also has a two-story parking deck, which Goode said is an expensive structure to build and an expensive one to demolish. Goode said the property’s greatest potential might not be as a redeveloped mall, but as a residential property built around the parking lot in the fashion of a West Broad Village development. Apartments would made sense, Goode said, for the site’s proximity to not only Short Pump and big-box retailers like Walmart and Kroger, but also to Tuckahoe Middle School and Freeman High School. The area’s apartment stock, Goode added, is also about as old as Regency Square.

“The first thing that pops in your head is this is just a drop-dead multifamily site begging for a new, modern apartment building with a clubhouse, pool and all of that stuff new apartments have,” he said.

JLL broker Charlie Polk pointed out the mall’s high occupancy rates, saying that the rents would have to slip to very low levels for it to make sense to demolish the mall and build fresh. JLL will be tasked with selling the property, but Polk said the company’s Richmond office will not handle the sale.

“Regency Square has been a good location over time, and provided they have different stores appealing to a convenient client base, they should be fine,” he said. “It’s really not dire like Cloverleaf or Eastgate.”

There is a big need for more Independent living condos that accommodate aging in place (60-80). The baby boomers can’t live in multi-level homes cutting the grass forever. They want shopping within a short walking distance. A tall tall building housing condos with 1200′-1500′ living area should be an option. The building at 5100 Monument is always sold out as it is in walking distance to Willow Lawn.

I remember peddling my bike to Regency Mall when I attended VCU in 1985. I’m glad it is still there. It is a cute little mall.