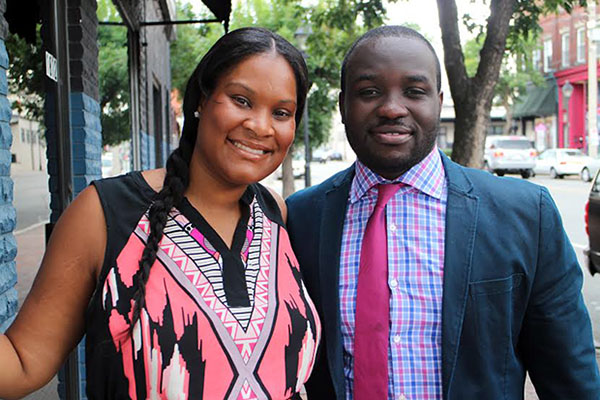 Tatia and Lewis Asare are moving their Shockoe Bottom restaurant and launching a new concept on East Main Street. Photo by Michael Thompson.

Call it the Shockoe shuffle.

“Sweet Teas has grown tremendously,” Lewis Asare said. “We have no room for seating, and our kitchen is very small.”

The Asares signed a five-year lease on the Arcadia space last week. Asare said he’s had his eye on the property since the Arcadia restaurant closed this summer.

Asare said he’s naming the new restaurant after his mother. The idea for Joanna’s began to take shape even before Sweet Teas launched, and it will be headed by former Island Bistro chef Lloyd Johnson. 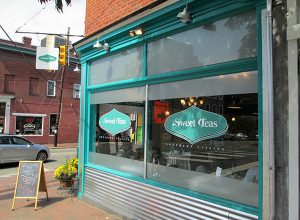 Sweet Teas, soon to be replaced by an Afro-Caribbean concept, sits at 18th and East Main streets.

“We had been talking about this plan for over a year,” Asare said. “If Sweet Teas grew, we would move out and (Johnson) would take over.”

Asare expects Sweet Teas will make its move in about three weeks. It will take another couple of months after Sweet Teas is out to get Joanna’s up and running. Asare said he anticipates spending about $25,000 between the two restaurants, financed in part through Bank of America.

The Asares’ deal is the latest of several moves on the two-block Main Street stretch since Sweet Teas opened last September.

Arcadia closed in June of this year, and its owners filed Chapter 7 bankruptcy in July.

Between July and August, Shane Thomas, a former employee at Sweet Teas, opened Southern Kitchen: The Mouth of the South just across 18th street from Sweet Teas.

Asare is working on a second Sweet Teas location on Granby Street in downtown Norfolk. Tatia Asare also told BizSense in August that the couple was looking into opening a Sweet Teas in Venice Beach, Calif.