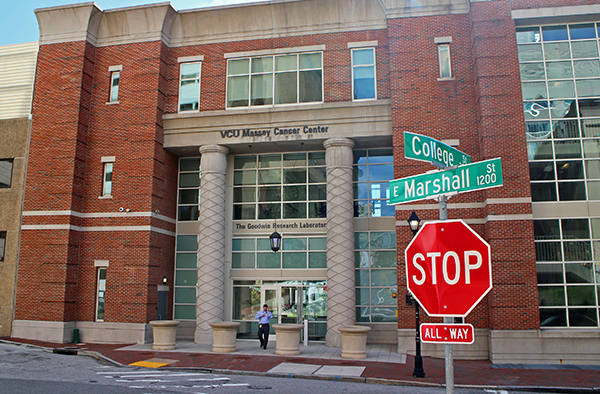 The Massey Cancer Center at 401 College St. is trying to reach $100 million in fundraising. Photos by Brandy Brubaker.

A local nonprofit is racing to the finish line of a $100 million capital campaign.

VCU Massey Cancer Center has hit the $97.5 million mark in its Research for Life campaign that began in 2007. The initiative has added more than two dozen physician-scientists and researchers and 27,000 square feet of research space to the downtown facility.

Massey is now trying to reach a $100 million goal to fund more personnel and service capabilities before its next review by the National Cancer Institute in 2016. Massey hopes the 2016 review will earn it the coveted title as an NCI Comprehensive Cancer Center. 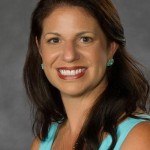 About 68 cancer centers – including Massey and the University of Virginia – have achieved National Cancer Institute designation, placing them in the top 4 percent of about 1,500 cancer centers nationwide. But the NCI Comprehensive Cancer Center title is another step up from that, and less than 3 percent of the country’s cancer centers have earned it.

As an NCI-designated center, Massey has access to funding and collaboration, as well as the prestige associated with the title. But becoming a comprehensive cancer center would give Massey even more funding and opportunities to participate in clinical trials and collaborations, Dillon said.

“There are no comprehensive cancer centers in Virginia, and we would like to be the first to achieve this designation,” Dillon said.

Massey, which is part of VCU Medical Center, gets reviewed by NCI every five years and has maintained its current designation since 1975. The review process is intensive and includes a site visit and a 1,000-page application, Dillon said.

“We knew 2016 was the year we wanted to be ready to go, and this campaign was designed to put all of the elements in place,” Dillon said. 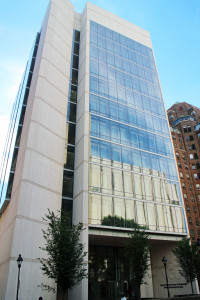 The Massey Research Pavilion takes up the top two floors of the VCU School of Medicine’s McGlothlin Medical Education Center.

So far, Massey has recruited 28 of the 35 leading researchers and physician-scientists it plans to hire. It has snagged experts from Harvard’s Dana-Farber, MD Anderson and Moffitt cancer centers, among others.

Another goal of the campaign was to expand research space. The Massey Research Pavilion opened in 2013, but the organization is still raising money to meet its commitment for the project. The 27,000-square-foot research center is located on the 11th and 12th floors of VCU School of Medicine’s McGlothlin Medical Education Center 1201 E. Marshall St.

Massey is also working to increase phase I and II clinical trials by 50 percent.

According to the National Cancer Institute, an NCI-designated cancer center must demonstrate leadership and research expertise in at least one area of science – laboratory, clinical or population.

To become a comprehensive cancer center, the facility must do a wider range of research in all three of the areas. It must also share advances in the community it serves and do outreach.

The Research for Life campaign is chaired by Becky Massey and retired SunTrust executive C.T. Hill.

The campaign gets a boost each year from the Massey Challenge, the cancer center’s annual event designed to drum up interest – and cash – for the cause, said Lauren Kiger, who spearheads the challenge for Massey.

This year’s challenge recently kicked off and runs through June 2015.

The challenge raises much of its money through participants in the Ukrop’s Monument Avenue 10K, held each year in March.

Kiger said 40,000 people run the 10K each year. Although none of the registration fee goes to Massey, the 10K’s website encourages participants to join the Massey Challenge and many accept the opportunity.

“If each of these people running asks 10 friends for $10, that’s $4 million for cancer research,” Kiger said.

“Whatever works – that’s the beauty of the challenge,” Kiger said.