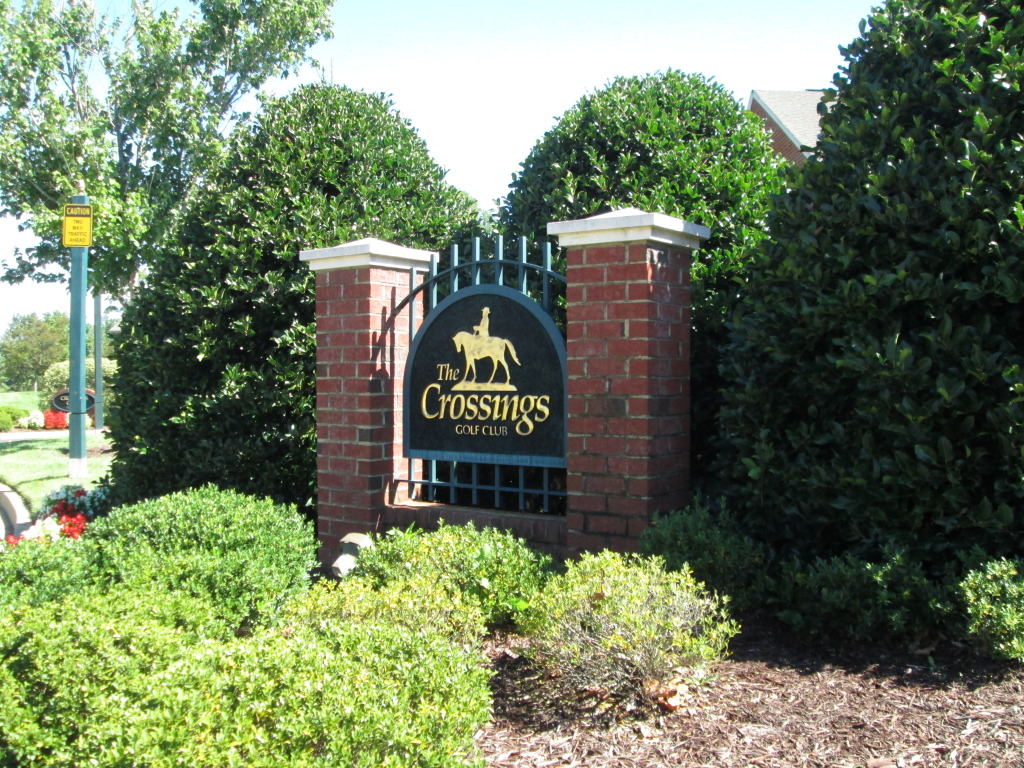 The Crossings Golf Club was sold last week as part of a massive nationwide deal. Photos by Michael Schwartz.

A Glen Allen golf course is under new ownership after being sold as part of a massive $300 million multi-course deal.

The Crossings Golf Club, a 268-acre, daily-fee course near Virginia Center Commons, was purchased for $2.4 million on Oct. 3 by an affiliate of New York investment firm Fortress Investment Group.

The semi-private course was purchased through CF Arcis X LLC, along with 45 other golf courses for a total of $306.5 million. The courses were sold by CNL Lifestyle Properties, an Orlando, Fla., REIT that also owns ski resorts, senior housing facilities, amusement parks and marinas around the country.

CNL bought The Crossings in early 2008 for $10.08 million just before the recession, according to Henrico County records.

The nearly $8 million difference in the latest sales price illustrates the hit local courses have taken since the downturn. Rounds played and prices for rounds have suffered, and several local courses have gone into foreclosure, bankruptcy or been sold at fire-sale prices over the last five years.

The Crossings was the only Richmond-area golf course involved in the CNL Fortress deal. Other Virginia courses that were sold include Broad Bay Country Club in Virginia Beach and Kiskiack Golf Club in Williamsburg.

Jim Hinkley, head of Century Golf and American Golf, did not return a call by Wednesday evening to comment on the management structure of the Crossings going forward.

Correction: A previous version of this story incorrectly named a restaurant in the Crossings development as the Yellow Tavern. The establishment has been rebranded and is now known as the Tavern at Virginia Crossings.