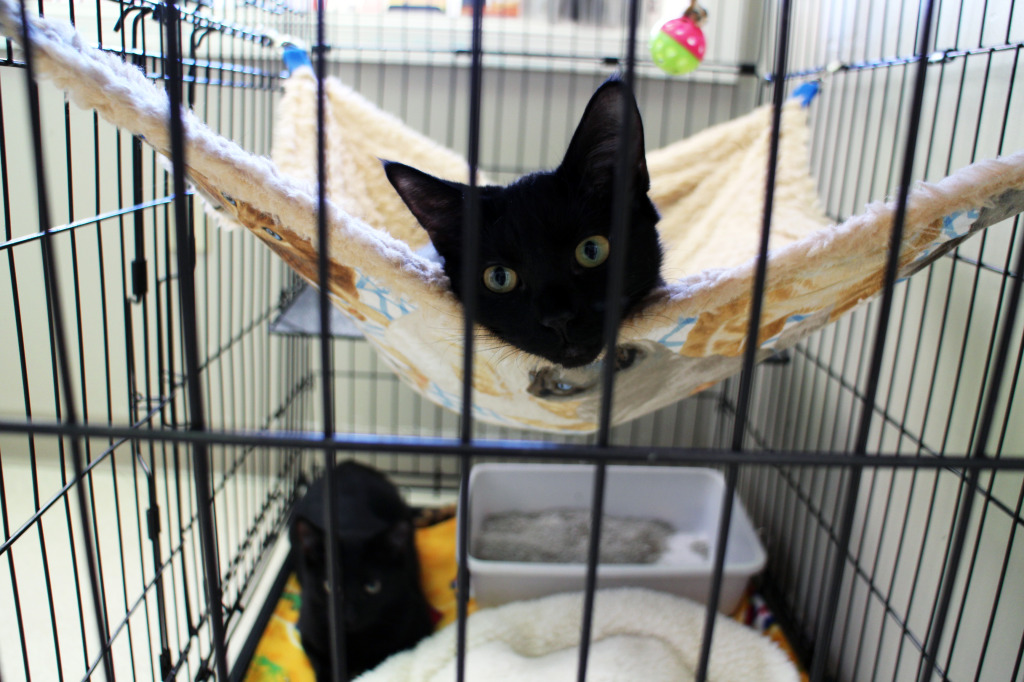 A pair of kittens watches over the lobby of the Gayton Animal Hospital. Photos by Evelyn Rupert.

Some local veterinarians are expanding their practices and marking their territory in the West End.

Samantha Tisnado, Sara White, and Earl Willis plan to open John Rolfe Animal Hospital at 2312 John Rolfe Parkway in January. The group of doctors has a 10-year lease on the 4,400-square-foot space in the John Rolfe Commons Shopping Center.

It marks the third local venture that White and Willis have teamed up on, and it will be Tisnado’s second veterinary facility in the area.

“For me and (White), we wanted to expand our service to the West End,” Willis said.

Willis, 42, said he wanted to add a location for his practice to a new part of town, and the demographics of the West End suited his business. The space was previously home to West End Latin & Ballroom Dance Club. The John Rolfe Commons center is anchored by Martin’s.

Willis said renovations and equipment will cost about $500,000 and are being financed by Essex Bank. Equipment for X-rays alone will cost about $80,000. Jim Ashby of Cushman & Wakefield | Thalhimer represented the veterinarians in the lease.