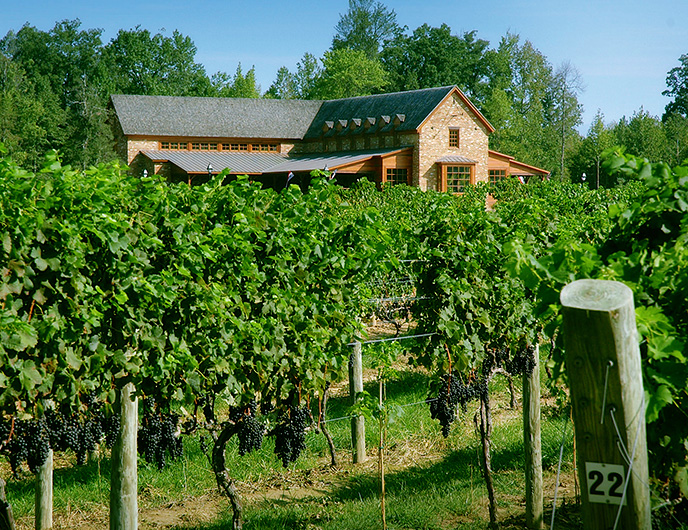 Six years after sprouting up in New Kent County, a local winery has changed hands.

Joe and Jo Anna Dombroski bought the New Kent Winery near the Club at Viniterra golf course last month from developer Boddie-Noell Enterprises. It caps a five-year Virginia vineyard search for the Dombroskis, a husband and wife who said they got the thirst for their own winery while living in Europe about six years ago.

“We had the opportunity to live in Italy overlooking a vineyard, and we knew this was something we would like to do,” Jo Anna Dombroksi said. “It was a family dream.”

The Dombrokis took over operations at the vineyard on Sept. 8. They bought the winery’s 150 acres for $1 million, but the couple said the full price for the business and the land will exceeded that figure.

They declined to divulge a precise cost for the winery, citing a confidentiality agreement.

The Dombroskis currently live in Northern Virginia. Joe spent nearly 30 years in law enforcement and also worked for Northrop Grumman and FlightWorks. Jo Anna previously operated a consulting company that the couple will continue to manage.

The vineyard, however, will be their top priority. 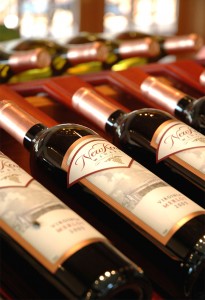 The Dombroskis themselves dabble in winemaking, and they will have a hand in making the company’s products. But New Kent Winery’s head winemaker Tom Payette will stay on to lead the operation.

The couple has a slate of additions planned for New Kent Winery, which they plan to rename New Kent Winery at Dombroski Vineyards. They would like to add an event space, expand food service and plant more vines.

Jo Anna said those plans are still very preliminary, and it was too early to estimate the cost of the additions. The Dombroskis are starting by bringing in Richmond-area vendors out for weekend dinners. West End restaurant Mosaic was out at the winery last Friday night.

“We’re trying to create a community restaurant-type atmosphere and see if that works,” Jo Anna Dombroski said. “If it does work, we’ll expand it to a couple of Friday nights a month and see how that goes.”

The New Kent Winery opened in 2008 at the center of the Viniterra neighborhood and golf course, about 25 miles east of Richmond. The winery produces about 7,500 cases of wine a year, which comes to about 90,000 bottles. Joe Dombroski said the facility could handle about 10,000 cases per year, and he said he hopes to get closer to that figure over the next few years.

Some of New Kent’s top sellers include its Meritage and its 2012 merlot, and Joe Dombroski said the white merlot and white norton wines have also been popular.

Rocky Mount, N.C.-based Boddie-Noell Enterprises developed the winery and the golf course. The company, which also operates more than 330 Hardee’s restaurants, has been selling its New Kent properties in recent years, and auctioned off about 800 acres near Viniterra in 2011.

Company spokesperson Rick Rountree said Boddie-Noell still owns about 100 undeveloped home sites at Viniterra that it’s marketing to builders. There are about 15 finished homes in the neighborhood, several of which are owner-occupied.

“(Boddie-Noell) sold the winery to the Dombroski family because they didn’t want to continue to be in the winery business, and they wanted to partner with someone who was passionate about that because they see the New Kent Winery as one of the central amenities for Viniterra,” Rountree said.