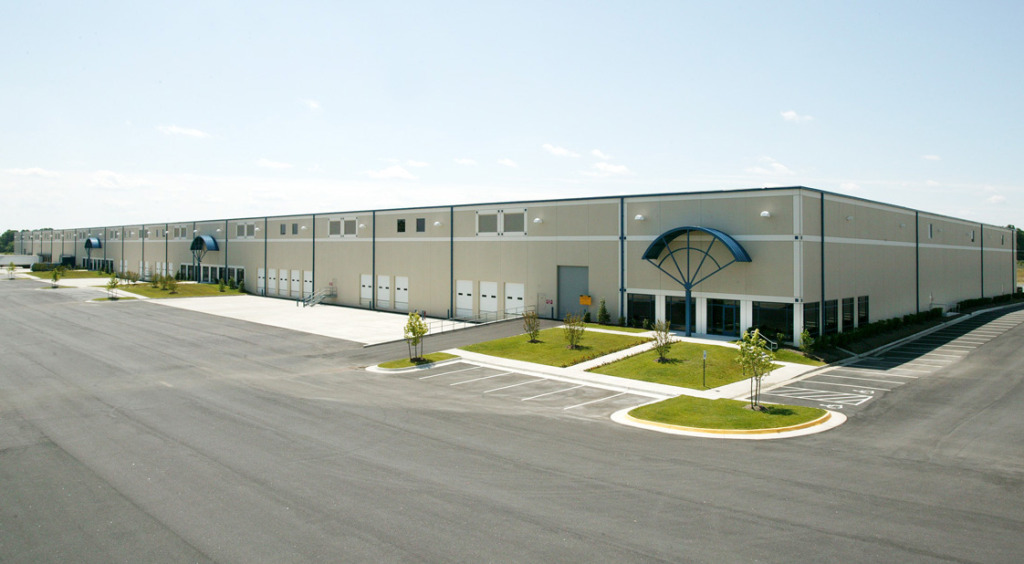 The D building in the Enterchange at Walthall complex was sold last week. Photos courtesy of Cushman & Wakefield | Thalhimer.

A Pennsylvania-based firm added $30 million worth of Richmond real estate to its portfolio this month.

“These are the best of the best in distribution assets in our market,” said Eric Robison, a Cushman & Wakefield | Thalhimer broker who handled the sale. “They’re Class-A in every regard, 32-foot clear ceiling heights … and it’s a very, very tight industrial market for the product.”

New York-based DRA Advisors was the seller in the deal, which closed on Oct. 3.

The Walthall building, which sits at 1700 Ruffin Mill Road, sold for $18.39 million, according to county records. It was built in 2003, and Anheuser-Busch is its largest tenant at about 142,000 square feet.

The Northlake property drew a $12.81 million sales price. That building’s largest tenant is Owens & Minor, which leases about 177,000 square feet.

Walthall is fully occupied, and Northlake is 82 percent leased. Thalhimer is marketing the Northlake property’s lone vacancy, a 38,000-square-foot space, at $5 per square foot.

The Enterchange buildings were developed by Devon USA. There are five buildings at Walthall and four buildings at Northlake with a site that could host a fifth building of about 300,000 square feet.

Gary Gabriel, a New Jersey-based Cushman & Wakefield broker represented DRA in the sale along with local Thalhimer brokers Robison and Evan Magrill. Magrill handles leasing at the two properties and will keep that assignment under the new ownership.

Scott Dougherty, an Exeter principal who handles acquisition and asset management for the company in the Mid-Atlantic region, declined to comment on the deal last week. The Enterchange buildings are the company’s only holdings in the Richmond market.

The sale comes at a particularly good time for Richmond industrial real estate. Vacancies at warehouses with at least 24-foot high ceilings fell to about 3.6 percent in July, according to a report for local brokerage CBRE | Richmond.

Since then, Horizon Flooring Products has taken another 65,000-square-foot chunk of vacant high-bay space at Interport Business Center on Eubank Road near the airport, leaving behind a smaller property near the Diamond.

“There’s been a huge appetite for quality assets,” he said. “With all the things that are attractive in the Richmond market now, we think it’s a good opportunity to buy.”