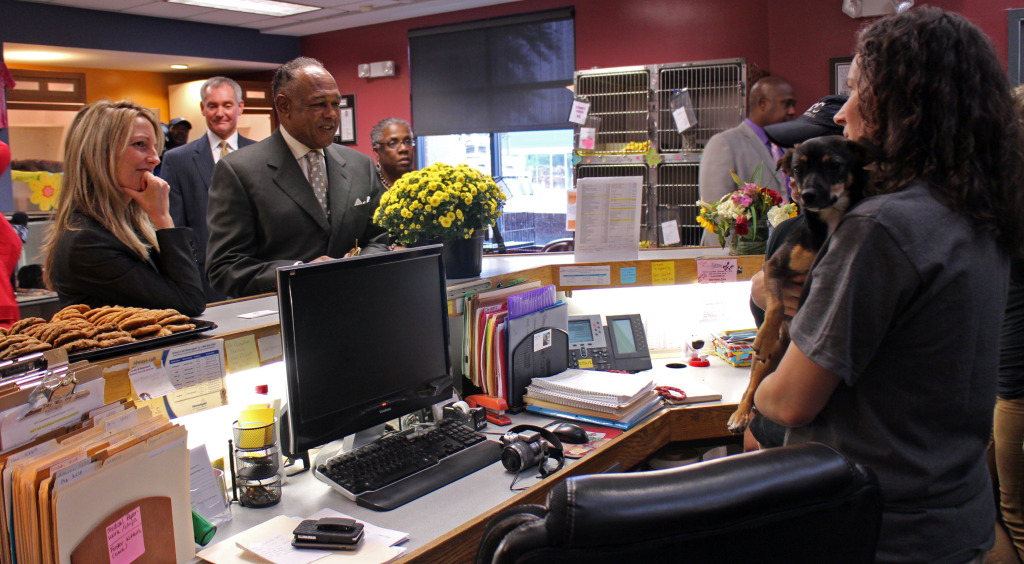 The city’s adoptable pets are enjoying a $2.6 million treat that has been in the works since 2012.

The Richmond Animal Care and Control facility at 1600 Chamberlayne Ave. cut the ribbon on its renovated and expanded space at a Wednesday morning event. 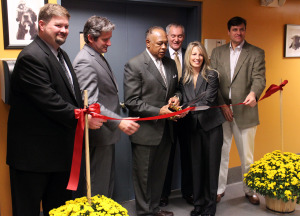 At Wednesday’s event, RACC Director Christie Chipps Peters thanked the city for funding the upgrades that she said were long overdue.

“$2.6 million is a lot of money,” she said. “We can tell you that every dollar has been very well-spent.”

Mayor Dwight Jones also spoke at the ribbon-cutting and got a tour of the shelter as Peters tried to convince him to adopt a dog or cat of his own.

The renovations started about two years ago and required a lot of shuffling animals around during the construction. RACC Operations Supervisor Chuck Marchant said at one point the facility’s conference room was home to all of its cats.

Both Marchant and Peters said they think the upgrades will increase adoptions. Peters said the shelter usually houses about 100 dogs and 75 to 100 cats. The shelter doesn’t put a time limit on how long animals can stay there and will take in any abandoned or stray pet.

Marchant said the renovations give the facility a “living-room feel” that is more welcoming to potential pet owners and makes the pets and staff more comfortable.

The shelter is holding a reopening celebration this weekend from noon to 5 p.m. on Saturday and noon to 4 p.m. on Sunday with food trucks and waived $100 adoption fees.