The Martin Agency no longer does ad work for Kraft Foods Group.

Circle S studio designed and developed websites for Adagio Travel, a local travel agency that specializes in group tours to Italy, and The New Community School, an independent co-educational day school for students with dyslexia.

Circle S studio has also been hired to develop a website for the Boston chapter of the Society for Marketing Professional Services (SMPS).

93 Octane partnered with the Fan District Association for the fourth year to promote the annual Fan House Tour.

And 93 Octane worked with St. Joseph’s Villa to celebrate 180 years with a new logo and historical timeline featured in a special section for the Richmond Times-Dispatch. The agency also put together annual reports for the Better Housing Coalition and VA Supportive Housing.

CarMax is considering three agencies in the final round of a creative review, according to an Adweek report. The agencies are BBDO in Atlanta, McKinney in Durham, N.C. and The Martin Agency in Richmond. 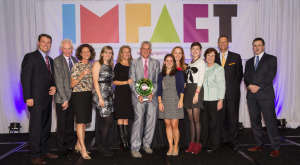