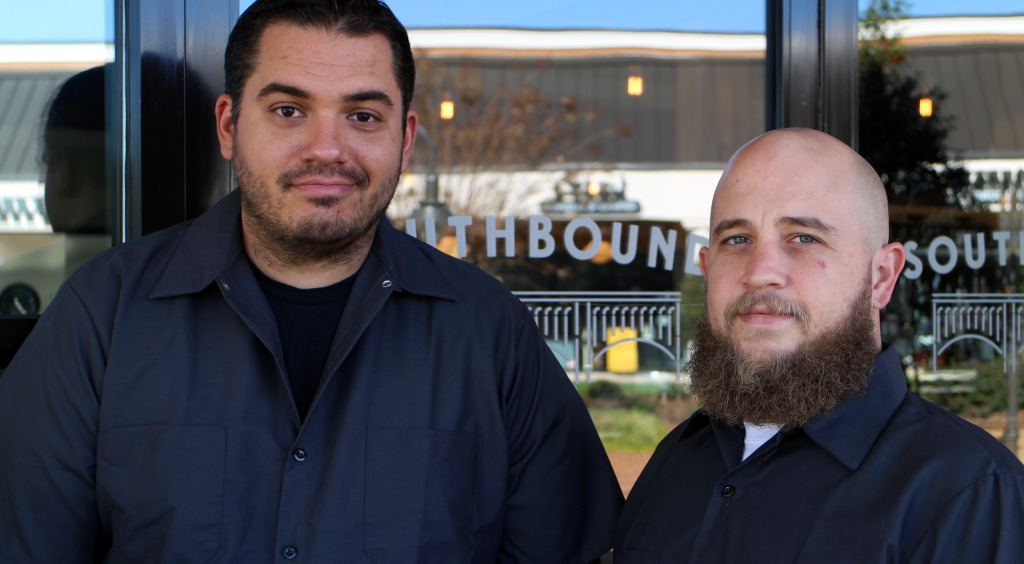 Two well-known restaurateurs and a food vendor have made their Southside debut.

Southbound opened on Nov. 25 at 3036 Stony Point Drive in the Stony Point Shopping Center. The venture is owned by Joe Sparatta of Heritage restaurant in the Fan, Lee Gregory of Church Hill’s The Roosevelt and Matthew Gottwald of Beechwood Farms, a livestock farm Goochland. 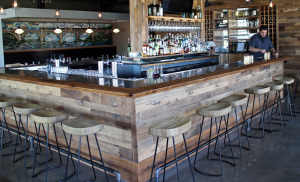 The trio has a 10-year lease on the 3,600-square-foot space that’s neighbor to a Martin’s and a Gelati Celesti. Southbound’s menu includes house-made pasta, pork, fish, chicken and sandwiches.

“Everything is under $30,” Sparatta said. “We’re trying to keep it affordable and still use high-quality ingredients.”

Southbound gets its ingredients from Victory Farms in Richmond, Sam Rust Seafood in Hampton, Cavalier Produce in Charlottesville and Ashley Farms in North Carolina.

Sparatta said the 150-seat restaurant will take a limited number of reservations to try to keep tables open to make for a more welcoming atmosphere.

“We tried to put this place here for the neighborhood,” he said.

Sparatta said the response to Southbound has been enthusiastic. The fanfare is fueled by the reputations Sparatta and Gregory have made in the local dining scene. Both have been nominated this year for multiple Elby Awards.

“It’s kind of overwhelming,” Sparatta said. “Our emails are crashing.”

Congrats gentlemen! So glad to have you on this side of the river ~ can’t wait to try it next week!!

What a delightful restaurant! Food & service is beyond expectations. Everything is so nice, with a friendly comfortable design. We’ve never ventured into the city (parking is such a hassle) for a evening of dining & relaxation, so thanks to these good folks for bringing this culinary experience to a convenient Bon Air location, in the original Stony Point Center on Huguenot Rd.

welcome to Southside!
Looking forward to stopping in for good time