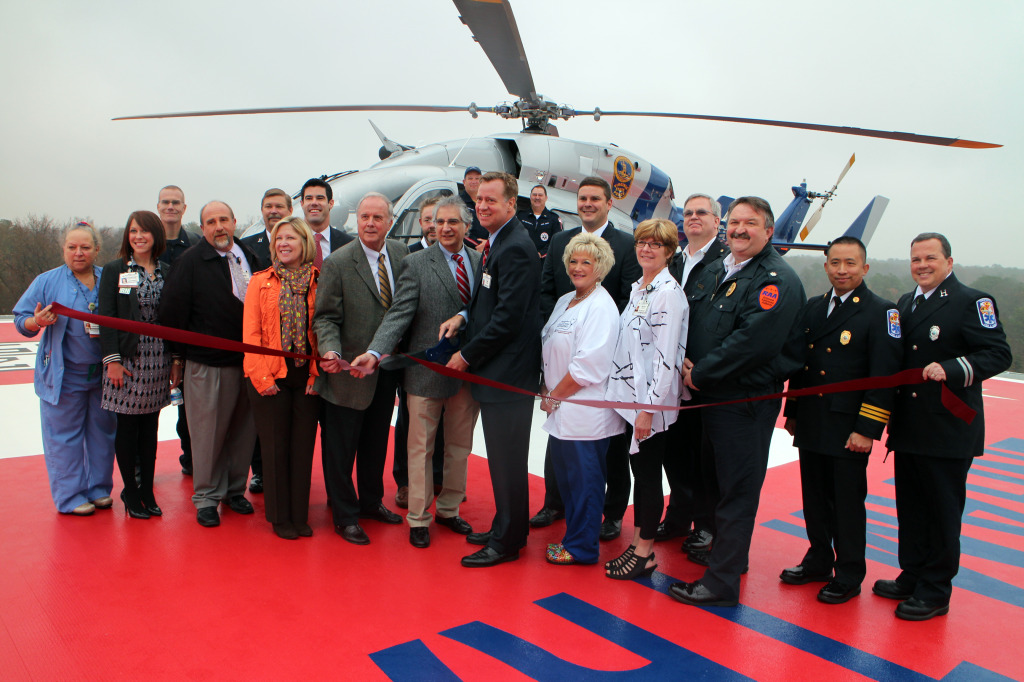 Chippenham Hospital is stepping up its trauma game.

The HCA Virginia hospital recently finished construction on a new 54-by-54-foot helipad that the company says is the largest in the state. The pad sits 84 feet above the ground and has a weight capacity of 12,000 pounds.

The new addition is part of Chippenham’s attempt to move from a state-designated Level III to a Level II trauma center. Officials have been working on expanding the current trauma unit for more than a year, a $4.5 million project. The helipad cost $1.1 million.

Construction on the helipad started in mid-October. It was overseen by Bob Appleby, director of engineering with the hospital, who was assisted by J.A. Heisler Contracting Co.

Raymond Makhoul, director of the hospital’s trauma program, said becoming a Level II center requires the ability to respond to a higher level of trauma within a certain amount of time.

“There is what’s considered the golden hour of trauma care,” Makhoul said. “If you can get a patient with a traumatic injury into the right facility within a certain period of time, their chances greatly increase. So transportation is an important part of that.”

Giving emergency helicopters another place to land is not the only step Chippenham has taken in advancing toward a Level II designation.

It is strengthening its trauma team, creating a core staff of eight people who are responsible for ensuring performance and assessing quality.

New physicians are joining the hospital in order to provide in-house, specific traumatic care. These new doctors will focus on areas such as orthopedics, neurosurgery and facial trauma. A team of multi-disciplinary physicians will also focus on geriatric traumatic care, which is a growing need due to an aging population, Makhoul said.

And Chippenham is in the process of securing funding to expand on its current 51 trauma treatment spaces, but it is not yet clear how many rooms will be added.

State officials will visit the facility next week to determine whether or not it has met the requirements of a Level II trauma center.

Chippenham would be Richmond’s first Level II trauma center. The city currently has two Level III centers and one Level I at Virginia Commonwealth University.

Johnston-Willis Hospital, another HCA Virginia hospital located within the same facility as Chippenham, became a Level III trauma center earlier this year. And construction is continuing on the hospitals’ campus as Tucker Pavilion prepares to add more psychiatric beds.