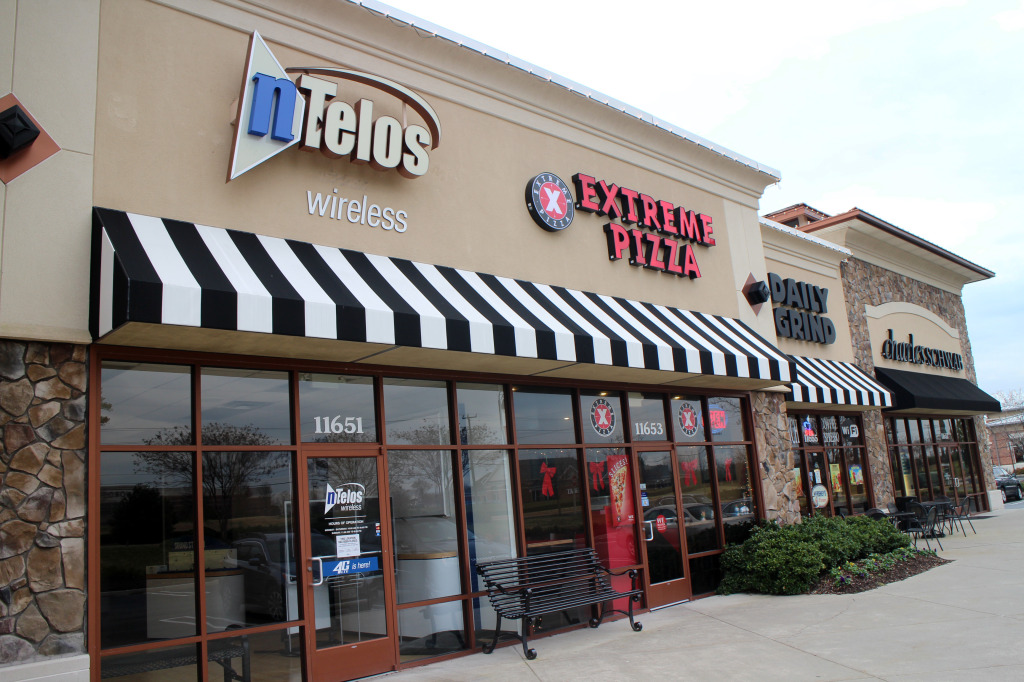 The nTelos store at Short Pump has shut down, along with seven other local nTelos shops. Photo by Michael Thompson.

A Virginia-based cellphone provider’s exit from the Richmond market has left holes in several prime shopping centers around town.

Ntelos Wireless, which announced last week that it is selling its wireless operations in Richmond and Hampton Roads to T-Mobile, said the sale has resulted in the closure of 17 corporate-run nTelos retail stores in the two markets.

Eight of the nTelos stores that were recently closed are in the Richmond area, said company spokesperson Mike Minnis. 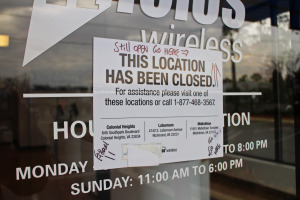 A sign on an nTelos door directs customers to the three stores that are still open. Photo by Michael Schwartz.

Many of those shops are in sought-after retail stretches like Short Pump, Willow Lawn and near Virginia Center Commons.

Ntelos has been leasing each of those spaces, Minnis said.

“We’re working through with each of the entities we have a lease with,” he said.

The company, headquartered in Waynesboro, announced its deal with T-Mobile on Dec. 2. The nTelos stores in Richmond and Hampton Roads were closed that day, Minnis said.

Minnis said the company will leave three corporate-run stores open while it finalizes the deal with T-Mobile. Ntelos will then close those stores throughout 2015. The three stores are at 4742 S. Laburnum Ave., 11601 Midlothian Turnpike and 645 Southpark Blvd.

The company agreed to sell its licenses for wireless coverage in the Richmond and Hampton Roads markets to T-Mobile for about $56 million. It said the move will allow it to focus on its markets in the western part of the state and West Virginia.

Further changes and vacancies could be seen at the dozen or so independent retailers around Richmond that work as authorized resellers of nTelos plans and products.

Minnis said some of those shops exclusively sell nTelos products and it will be up to them to pick up a new carrier after the 2015 transition.

Correction: A previous version of this story incorrectly reported that nTelos has closed 18 corporate-run retail locations in Richmond and Hampton Roads. It has closed 17 stores. The story also said the company’s three remaining Richmond stores would close next month. They will close sometime later in 2015.