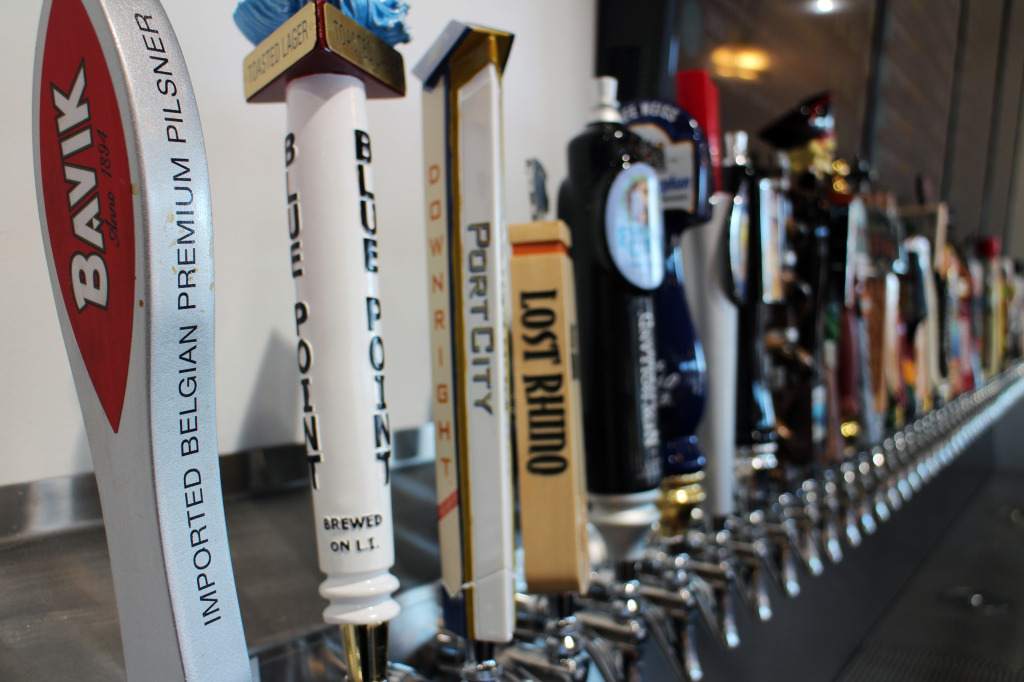 A new shop on Boulevard is filling beer growlers.

Thirsty residents and commuters have a new place to make a pit stop along North Boulevard.

Growlers to Go opened for business Dec. 21 at 1017 N. Boulevard, just on the edge of Scott’s Addition. The beer shop has 56 beers on draft that patrons can take to go in canisters called growlers. About 150 different kinds of bottled beer, as well as a sample of wines, non-alcoholic drinks, meats and cheeses are also for sale.

Owner Reid Carter, who started the venture with a silent partner, said business has been good starting out.

“We’ve gone through a couple dozen kegs in the first week and a half,” Carter said. “People are supportive as heck over the beer scene in Richmond. I wish we had twice as many taps.”

Growlers to Go leases space in new building that sits atop a former Kangaroo gas station on Boulevard. Landlord and local developer Charlie Diradour leased the neighboring storefront to Starbucks. That space is still under construction.

Construction on the property began in October and the Growlers to Go space was completed in December. Carter didn’t waste any time once his shop was ready. 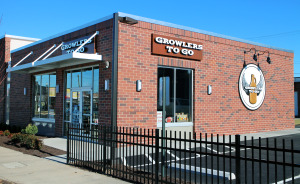 A Starbucks is going up next to Growlers to Go.

“We immediately called all the beer companies, and within about 30 minutes we had four tractor trailers unloading beer,” Carter said. “We wanted to make sure that every local brewery and most state breweries are represented.”

Carter said it cost less than $200,000 to open Growlers to Go, which was inspired by similar concepts Carter has seen in Georgia and South Carolina. He financed the venture with savings and a loan from Bank of America.

The shop is open seven days a week, most often between 11 a.m. and 10 p.m. Carter said the target price for a 64-ounce growler is about $15, but prices will vary depending on the beer.

Beer lovers elsewhere in the region may eventually see Growlers to Go in other neighborhoods. Carter said he hopes to open three more in the Richmond area.