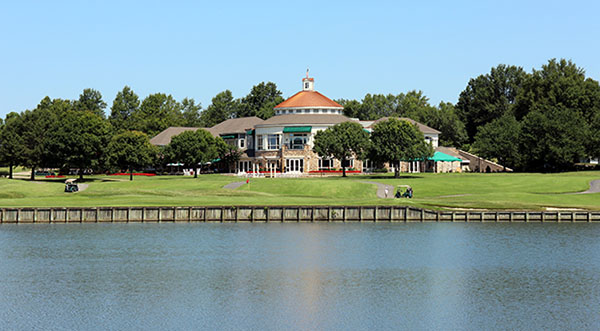 The sale of a local country club is officially in the bag.

The Dominion Club in Glen Allen was sold on Tuesday to a West Coast firm for an undisclosed sum.

San Diego-based Heritage Golf Group purchased the club from local builder and developer HHHunt, which put the property on the market after a prolonged bankruptcy and legal dustup with some of its 780 members.

The deal included the sale of Dominion Club’s land and all its facilities, including the golf course, tennis center, swimming pools and its large clubhouse.

Neither side would disclose the purchase price on Tuesday, and the sale has not yet been posted in Henrico County records. The Dominion Club’s real estate and was most recently assessed by the county at $5.15 million.

The sale brings an experienced golf course ownership group into the local market and takes the club out of HHHunt’s hands for the first time in its 22-year history. Hunt opened the club in 1992 as the centerpiece of its Wyndham residential community. 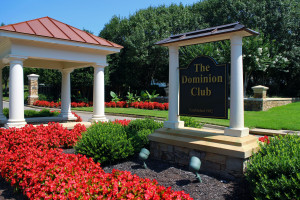 The Dominion Club was last valued by the county at $5.15 million.

“We feel very good about the future of the club,” HHHunt President Dan Schmitt said of the sale. “We think Heritage is an outstanding operator. We have a high level of confidence that they are going to take the club to the next level.”

Heritage owns eight other courses and clubs around the country, including four courses on Hilton Head Island in South Carolina, two TPC courses in Florida and a course in the suburbs of Houston, Texas. This is its first club in Virginia.

Heritage was the prevailing bidder in an open sale process held late last year that included a group of club members that wanted to see Dominion Club become member-owned. The members’ offer prompted the bidding process.

The road to a sale of the Dominion Club was paved by a 2011 bankruptcy over whether millions of dollars’ worth initiation fees had to be repaid to members.

HHHunt emerged the relative victor of that process, forced only to pay a fraction of what would have been a looming pot of $11 million in deposit refunds. Some members joined the club by paying initiation deposits of $10,000 to $24,000, and those deposits were marketed as fully refundable.

The club’s Chapter 11 plan included an agreement that would share some of the proceeds of a future sale with members and creditors, depending on the sales price.

Schmitt said the member-creditors from the bankruptcy gave the deal their blessing and will receive a payout from Tuesday’s sale. He could not give specific details on those figures.

“There will be a distribution to creditors as part of this sale,” Schmitt said. “The creditor committee completely endorsed this sale. They had the opportunity to say no, and that wasn’t the case.

“It solves the issues for everybody.”

Dominion Club is one of several local golf clubs to change hands over the last year or so.

Prince George Golf Club was purchased by a prominent local real estate developer in December 2013. The Crossings Golf Club near Virginia Center Commons was purchased for $2.4 million in October by an affiliate of a New York investment firm. And two Chesterfield clubs dissolved their joint ownership group after a short-lived marriage.

HHHunt will continue to own its nearby Hunting Hawk Golf Club with no plans to sell it, Schmitt said. That property is a public course.

The Dominion Club sale promises to be a Win-Win for nearly all. Those that lost initial investments, in the form of Initiation Deposits and have hung on…can now anticipate a revival of the facility. Creditors will see a return on their losses, suppliers will once again have a business partner and jobs will be created boosting the local economy. The facility can once again be a beacon on a hill. The esthetics alone create a sense of pride and bring real value; not only to the property values in the Wyndham Community, but for Richmond real estate as a whole!… Read more »