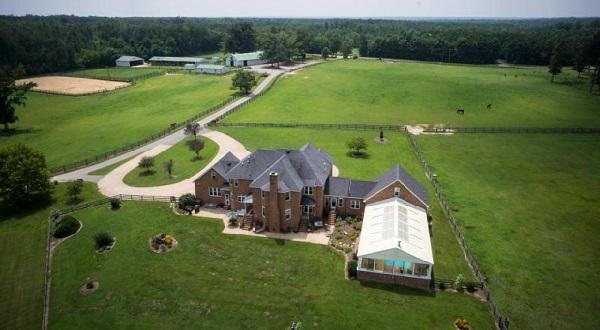 The sale of a Chesterfield County estate closed last month after an auction in September. Photo courtesy of Motleys.

The top sale for the Richmond market in December was an equestrian estate in Chesterfield County that sold for $1.87 million. The sale of the 400-plus-acre property at 12830 River Road closed on Dec. 16 after going up for auction in September.

Chip Jones of Motleys Asset Disposition Group handled the auction of the property that includes a 6,000-square-foot home.

“There were no hiccups whatsoever, it just took a while to get everything together,” Jones said of the delayed closing date. “There were several moving parts with people boarding their horses there.”

The sale allowed for several different parcels to be auctioned off separately, but the highest bid was made for the whole property. It came from an entity called Jones Keith Properties LLC.

Chip Jones didn’t give any additional information on the buyer. 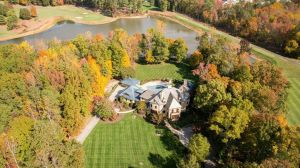 The second-highest priced home that sold in December was a property at 328 Rolling Lake Court. Photo courtesy of Long & Foster.

The month’s second-priciest home sale was an 8,800-square-foot mansion in the Broad Run neighborhood in Goochland County near Hermitage Country Club. The 328 Rolling Lake Court home went for $1.55 million on Dec. 18 after being on the market for only about six weeks.

Listing Agent Pam Diemer of Long & Foster said the speed of the sale was unusual for that type of home.

“Typically for a property of this size and at this price point, it could take closer to a six-month marketing time frame or longer,” she said.

She attributed the quick sale to the home’s amenities, which include a pool, cabana house and space for recreational use. The five-bedroom home sits on four acres and backs up to a lake owned by Hermitage Country Club.

“This house was all custom-designed and built on a French country estate. Quite spectacular,” Diemer said.

County records indicate that Kevin and Kirsten Knull bought the property from John and Holly Simmons. Diemer did not share any information on the buyer or seller.

Of the 10 $1 million sales, only one was made in the city of Richmond, at 4809 Lockgreen Circle in the Lockgreen neighborhood.

Bagley and Kathleen Reid purchased the home for $1.07 million from Glenn Moore, according to city records. It was once owned by late local developer Henry Stern.

The others were made in surrounding counties, including Goochland, Hanover, Henrico and Chesterfield counties.