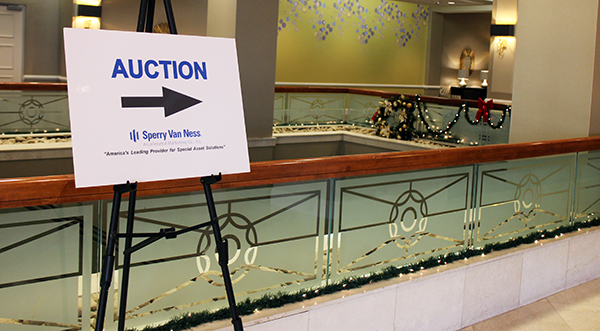 The approval of the sale of Billy Jefferson’s apartment portfolio has been delayed again. Photo by Katie Demeria.

An imprisoned local real estate developer’s apartment empire might be headed back to the auction block.

The approval of the sale of Billy G. Jefferson Jr.’s River City Renaissance real estate portfolio was once again delayed at a bankruptcy hearing Wednesday afternoon. This is the second time a conclusion could not be reached on the properties since a large financial firm was the winning bidder at an auction held Dec. 18.

A federal judge on Wednesday called for Jefferson’s two bankrupt River City Renaissance entities to once again canvas the market for potential buyers, solicit bidders and determine if a possible resale makes sense between now and the next court date on Feb. 11.

The entities own a combined 29 apartment buildings with 440 units throughout the Fan and Museum District.

U.S. Bank holds $36 million in loans backed against the properties and would have likely put the apartments on the market itself if the sale had been approved.

The judge’s decision to explore a potential resale was spurred by River City Renaissance’s claims that U.S. Bank failed to provide an accurate loan payoff figure leading up to the auction.

Lawyers argued that the lack of a clear number prevented the RCR from negotiating with the highest bidders, working out a potential stalking-horse bid and preparing an auction strategy. 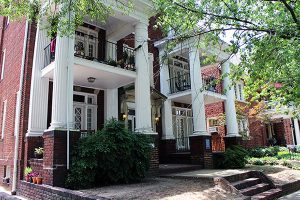 Billy Jefferson’s property at 2903 Monument Ave. is one of the properties under dispute. Photos by Evelyn Rupert.

RCR filed a motion to find the creditor in contempt of court earlier this month, citing a failure to comply with a court order to provide those payoff figures.

According to the motion, the debtors had requested an updated loan payoff amount several times before the court order, but when they received the amount, were told that it should not be considered final.

Additionally, the court order said the holders should have provided a final payoff amount by Dec. 10, but RCR claims the bank did not provide those figures until Dec. 12.

Robert Chappell, an attorney with Spotts Fain representing RCR, told Judge Keith Phillips on Wednesday that the delay in receiving a correct payoff amount prevented the entity from getting the highest possible bid.

Chappell said that a $32 million bid from a local broker was in the works in October, but because the payoff figures were not accurately provided, RCR passed on that bidder.

That potential bid could have allowed RCR to net $1.1 million, which would have freed up $400,000 in cash collateral, according to Chappell.

“We’re in a real dilemma here,” Chappell told Phillips. “We’re not happy about this, your honor.”

And U.S. Bank’s prevailing credit bids at the auction were for $30.5 million for the RCR portfolio and $6.235 million for RCRIII.

But after the auction, counsel for the creditor claimed the previously provided amounts were wrong, Chappell said. U.S. Bank then said that the correct payoff amounts as of Dec. 22 were for $30.8 million and $6.52 million, a $220,000 total increase from the pre-auction amounts.

Chappell told Phillips that the entities are not asking for money, just the ability for a sales team to go into the market to gauge how lucrative a second auction could be.

SVN/Motleys, the commercial real estate arm of Motleys Asset Disposition Group, will solicit those bidders and test the market to see if a resale is a potential option. It also handled the first auction in December.

Motleys President Mark Motley said the work from now until Feb. 11 will largely include direct outreach to the individuals involved in the first round of bidding to see if interest still exists.

“We had 500 downloads of those disclosure documents – it was a very good response,” Motley said. “We’ll start there.”

But those associated with U.S. Bank have not yet given up the fight.

Matthew Levin, attorney with Kilpatrick Townsend & Stockton representing U.S. Bank, said Wednesday the claim that a lack of a payoff amount disrupted the auction was “illusionary.”

He said those payoff figures are constantly changing because they include fees like accrued interest and maintenance costs for the properties.

He said it’s too late in the game for RCR to be bringing up these issues.

The issue will likely come to a head at the Feb. 11 hearing.

The properties went on the auction block after RCR retreated into Chapter 11 bankruptcy in July of last year in the midst of Jefferson’s criminal court proceedings. He was sentenced to 20 years in prison for a historic tax credit scam.

I don’t think the lawyers have had all the fun they want with the properties yet and it will be a while before these apartments change hands. I’d like to be proved wrong because these properties desperately need new ownership. The prospects of another auction being more successful than the last? I think most of us know the answer to that question.