Timmons Group’s buying spree has carried over into 2015.

The company, one of the biggest local names in construction and land engineering, acquired Raleigh-based Mitchell Environmental for an undisclosed sum this week.

The deal became effective Tuesday and is Timmons’ second acquisition in Raleigh in the last year.

“It’s certainly a market that we’re excited to be engaged in right now,” said Timmons spokesperson Tim Klabunde. “It’s very similar to our hometown of Richmond in many ways, and is certainly a place that has a lot of opportunity.”

Mitchell Environmental is an environmental engineering firm specializing in land development and infrastructure improvements. Klabunde said the deal has been in the works for the past five months and was made largely to benefit Timmons’ North Carolina clients. 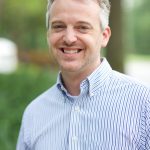 “We did not provide the depth of environmental services that (Mitchell Environmental) now brings to the firm in Raleigh,” Klabunde said.

With the addition of Mitchell, Timmons’ Raleigh office has doubled in size over the last year to 25 employees. That roster includes workers from the firm’s acquisition of Development Consulting Services in June.

Timmons operates three other offices in North Carolina in Charlotte, Greensboro and Fayetteville.

Some of Timmons’ projects in North Carolina include the Northside Elementary School in Chapel Hill, the Tanger Outlet Center in Mebane, and the combined headquarters for the U.S. Army Forces Command and U.S. Army Reserve Command in Fort Bragg, which was part of the Federal Base Relocation and Closure initiative.

The merger marks the sixth acquisition for Timmons in the last 20 months. That streak included buying up a Richmond web development firm in October.

“Our goal really has been strategic acquisitions and mergers that either add new services or strengthen our existing markets,” Klabunde said. “Our real focus has been bolstering those offices and providing additional services to our existing clients to better serve them.”

Timmons was founded in 1953 and has more than 300 employees in 12 offices between Virginia and North Carolina. It has three offices in Richmond, including its headquarters at 1001 Boulders Parkway. Its revenue for 2014 was $45.6 million, Klabunde said.

Mitchell Environmental was formerly run by Scott Mitchell and has been operating for more than 10 years. Its entire staff has moved to Timmons with the acquisition.