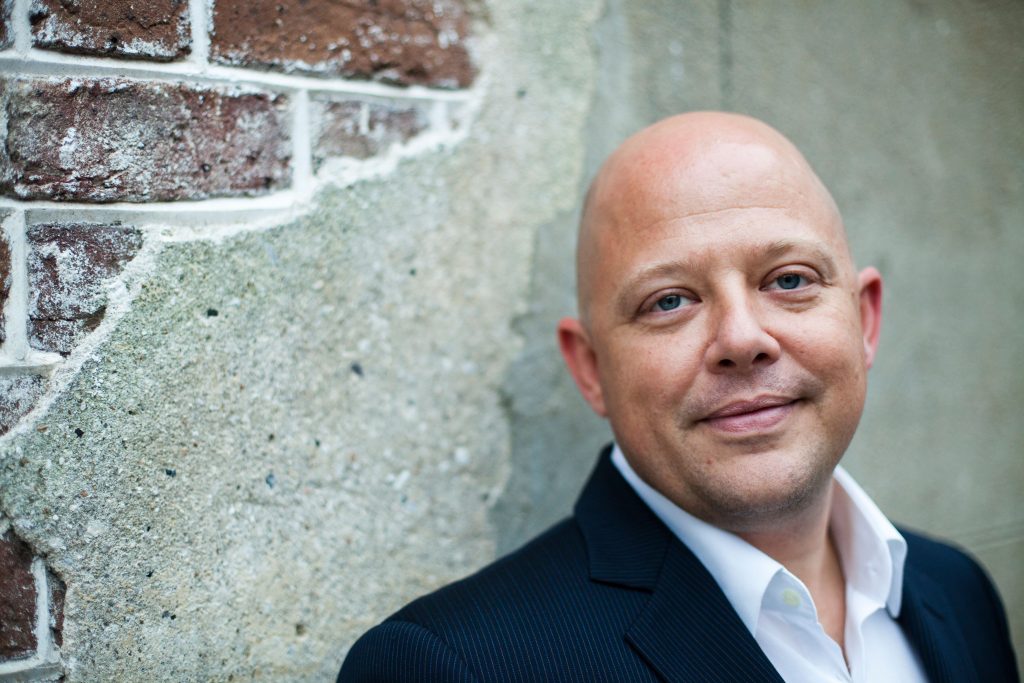 Blue Crump is taking his startup to a pitch competition in San Francisco. Photos courtesy of Uvest Solar.

A veteran of the Richmond solar energy field is headed to Silicon Valley where he hopes to attract investment for his latest business idea.

Blue Crump and his fledgling solar energy crowdfunding concept Uvest Solar were selected to take part in a Startup Next program in San Francisco later this month. The two-day event will give Crump and 14 other business hopefuls a chance to pitch their ideas to more than 100 investors.

Startup Next is a program for entrepreneurs funded by Google and organized by UP Global, a nonprofit that promotes entrepreneurship.

“The goal for all of these teams is to spark interest and secure an investment,” Crump said. “Pitching, to me, feels like one of those opportunities when you get a chance, maybe the only chance, to connect with investors who go on to write you a very large check.”

Crump will be pitching a crowdfunding site that would initially cater to schools and nonprofits that are looking for help to fund and install solar panels at their facilities.

Unlike the typical crowdfunding model, Uvest Solar campaigns would offer investors a financial return on their money.

“Essentially we act as a clean energy bank,” said Crump, who owns a Scott’s Addition energy management and installation company called Lumen. “It’s like Kickstarter but it’s not donation-based.”

Crump, 41, said Uvest Solar would raise money from investors to fund a school or nonprofit’s solar power installation. Uvest would initially own the panels and sell the electricity to the school or organization at a discounted rate.

That income, plus tax credits that could be available, would be used to repay investors over a set period of time. Once the investors are paid off, Uvest would donate the panels.

“Our goal is to create a financial vehicle to help schools and nonprofits,” Crump said. “Schools represent some of the greatest users of energy and have the least economic ability to focus on environmental and efficiency programs.” 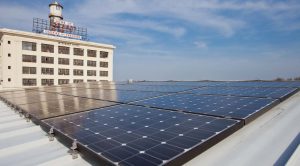 Solar panels cover the roof of the Children’s Museum of Richmond.

Uvest itself will have two main sources of revenue: a fee investors pay to use Uvest and a cut of the income from selling electricity.

Crump said the investments would only be open to accredited investors.

He has not decided how frequently investors can expect returns, and he said the goal is for individual investments to be able to be as low as $25.

Uvest is still in its infancy. No campaigns have yet been hosted on its site that is set to become active this spring. Crump said the idea is to cater to local residents and parents who have an active interest in investing community schools and nonprofits.

“There is something pretty compelling about dropping your child off at school and knowing your investment is up on the roof netting you 4 to 6 percent returns,” Crump said. “I see it as an opportunity to help micro-investors save money. People can invest online and invest in renewable energy.”

Crump said he’d like to work with both public and private schools and that in the future the site may be used by entities other than schools or nonprofits.

Uvest was born through Crump’s work installing and managing solar panels around town.

Last fall, Crump won a trip to San Francisco to pitch to investors through a five-week Startup Next program at 804RVA.

Crump speculated that Uvest’s pairing of crowdfunding and a social cause helped win over the judges.

“I’ve seen a lot of growth in impact investing,” he said. “Crowdfunding is still a very new idea. There’s still a lot of interest in how that’s going to impact local startups.”

Crump, who already made one unsuccessful pitch to New York angel investors, wouldn’t say what his investment goal is for the San Francisco trip. He said he would use any money raised toward developing the Uvest site, marketing and ensuring he is incompliance with SEC regulations.

He said he isn’t sure what to expect once the Uvest pitch gets rolling in Silicon Valley.

“It’s a bit like Shark Tank,” he said. “But with a much larger investor pool.”

This sounds fantastic! I cannot wait to hear the outcome. Good luck Blue and Uvest!

I think this is a great opportunity for Blue at Uvest to do something really amazing! Will defiantly be sharing this article!

What a great opportunity. I think crowdfunding is such a great idea for start-ups !.

Solar is a tried and true method of energy production. It is reliable, profitable, and eco-friendly. Solar energy has a bright future in Virginia’s economy.
However, the reason why solar power accounts only for 1% of the nation’s electricity is due to a lack of education. I feel that Crump’s crowdfunding model will give the needed exposure not only to investors, but also to youth of our generation.

What a great project! Best of luck Blue!

Such a great idea here, Blue! It looks like your program will assist and benefit local educational institutions. Hoping you gain support in Silicon Valley. Good luck to you and UVest.

When looking into the possibility of a solar installation for your home, it is important to compare pricing. Today a name brand, average sized 4.75 kW grid tie solar system that will produce up to 600 kWh per month with only 5 hours of peak sunshine per day.can now be purchased for less than $2.30 a watt after applying the tax credit or less than $11,000. $0 down loans that do not require balloon payments or annual payment escalators are available from multiple sources. So in other words, shop around, never sign a contract with any solar dealer until you… Read more »

This sounds great! What a beneficial opportunity!