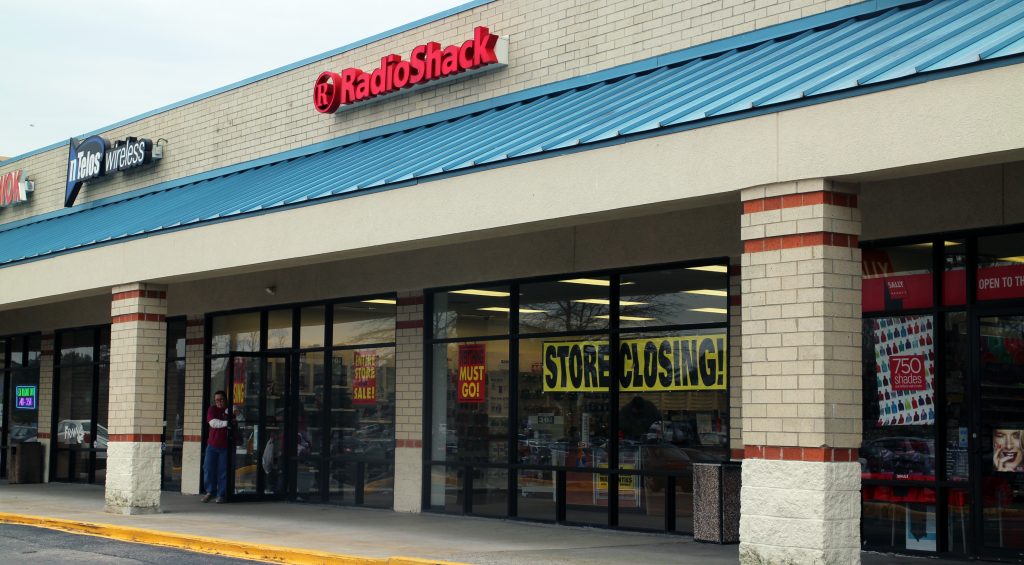 The RadioShack on Iron Bridge Road may be shut down by the end of the month. Photos by Michael Schwartz.

The troubles of a national electronics chain are trickling down to Richmond.

RadioShack, the long-struggling retailer that filed for bankruptcy last week, has released a list announcing the potential closure of more than 1,700 of its stores nationwide. That document includes 11 Richmond-area locations.

RadioShack has 17 stores in the area, and the 11 that are up for closure total about 27,000 square feet and are mostly on the Southside.

The list groups the closings in three waves, with the first group set to close by Feb. 17, the second group by Feb. 28 and the third by March 31, according to court documents and press reports.

Seven of the 11 Richmond stores are in the second phase that would close at the end of the month. The rest are in the third set. A total of 57 Virginia stores are on the list.

The Fort Worth, Texas-based company filed for Chapter 11 bankruptcy protection on Feb. 5, revealing a plan to sell as many as 2,400 of its stores to one of its largest creditors that has a deal in the works to convert the stores into Sprint-brand outposts.

That would still leave about 4,000 stores nationwide that would be closed and their assets sold off.

Richmond stores listed in the second wave of closures:

Local stores in the third wave: