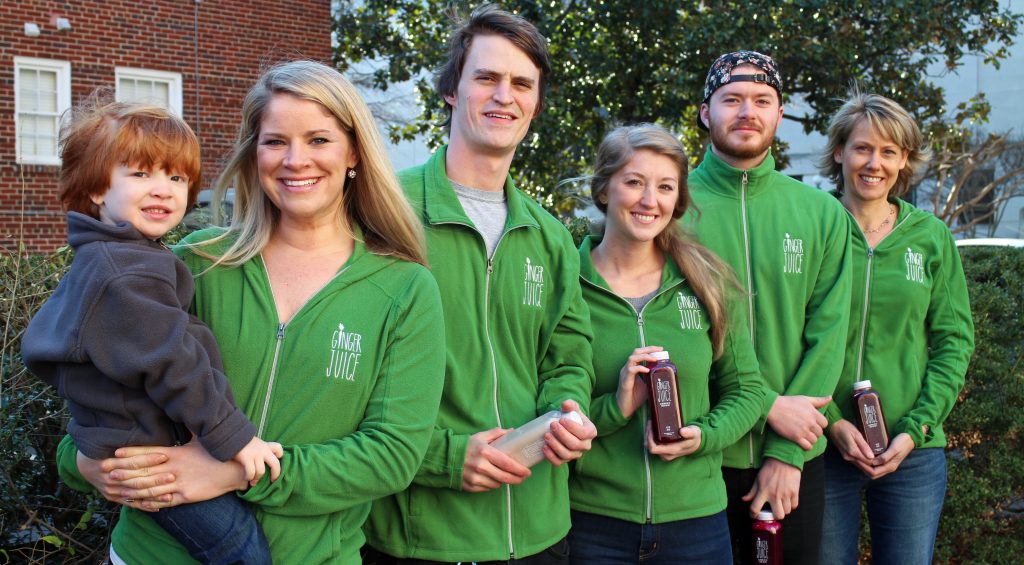 With steady sales online and at farmer’s markets, a local startup is trying to press further into the Richmond beverage scene.

Ginger Juice was launched in December by Erin Powell to bottle and sell cold pressed juice.

Armed with two high-powered juicers, the company’s small operation juices and packages its product in a shared commercial kitchen space off Kensington Avenue in the Museum District.

It sells juice blends with names like Glorious – a mix of pineapple, cucumber, romaine and cilantro – and Golden, made from carrot, orange and grapefruit.

Powell said the company currently sells about 300 bottles a week through the Ginger Juice website and at South of the James and St. Stephen’s farmers markets. 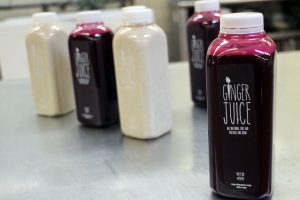 A bottle of Ginger Juice sells for $5.

She’s also gearing up to begin selling at Weinstein JCC and the Pure Barre fitness studio on River Road.

“Richmond is poised for juicing because of our interest in sustainability and health,” Powell said.

When Powell isn’t running Ginger Juice, she works in the franchise sales division at Snagajob in Innsbrook. She’s been with the company for eight years.

Powell said she has invested $20,000 to get Ginger Juice flowing and is financing the venture herself.

“I was able to grow the business organically without bringing outside capital,” Powell said.

She said the biggest expense has been her two Norwalk Juicers that grind produce into a baby food-like consistency that then gets pressed with two tons of pressure. 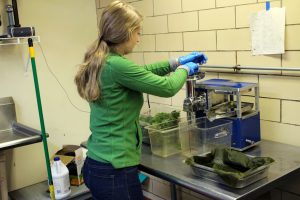 Nicole Anderson works on a batch of Ginger Juice.

“That’s why were starting small and getting our process down and making sure we don’t have any waste,” Powell said.

The company gets its ingredients from Loving’s Produce and aims to eventually buy from more local farmers.

At least one other new juicing concept has cropped up recently. Squeeze, a juice bar and yoga studio, launched last year in Carytown. And Ellwood Thompson’s has long been a standby for juice lovers.

The idea for the company was inspired by Powell’s son, Sayer Brumfield.

“My son wouldn’t eat his vegetables, but he’d drink them,” Powell said. “So I started juicing.”

She said Sayer and his bright red locks were also the inspiration for the Ginger Juice name.

Powell said she hopes Ginger Juice will have its own production kitchen and a small retail storefront within the next 18 months.

In the spring, she plans to launch a mobile operation and wants to get Ginger Juice into vending machines. The company also has plans to collaborate with local ice pop peddler King of Pops.

“The ultimate expansion plan is to franchise,” Powell said.